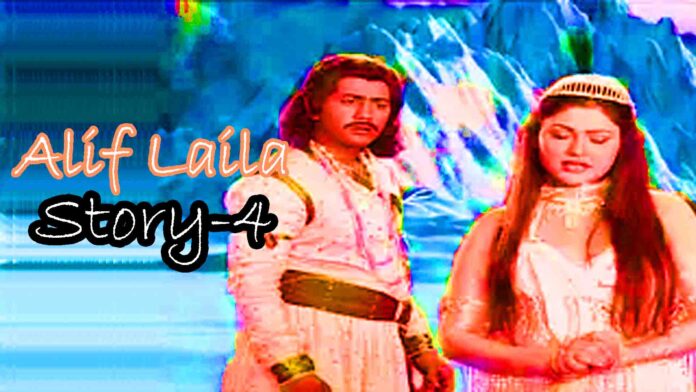 Baba Abdullah said that I was born in this city of Baghdad. When my parents died, I inherited their wealth. That money was so much that I could live comfortably with it for the rest of my life, but I quickly spent all the money in enjoyment and luxury. Then I broke my heart and earned money and bought eighty camels from him. I used to give those camels on rent to traders. I got a lot of profit from their rent and I bought some more camels and took them with me and started carrying goods on rent.


Once, after loading the goods of merchants going to India on camels, I took them to Basra. There he started coming back to Baghdad, taking his camels on board the ships and taking his fare. Seeing a big green field on the way, I tied the feet of the camels and left them to graze and started resting myself. In the meantime, a fakir going from Basra to Baghdad also sat near me. I took out the food and asked him to come along. We used to talk while eating. He said, You work in vain day and night. Some distance away from here, there is a place where innumerable liquids are filled. You can load these eighty camels with gems and asharfis. And that money will be enough for the rest of your life.

Hearing this, I hugged him, not knowing that he wanted to prove anything selfish out of it. I told him, you are a Mahatma, what do you have to do with worldly wealth? If you show me that place, then I will load the camels with gems. I promise to give you one of those camels. I asked to say it but there was a conflict in my mind. Sometimes I thought that one camel was asked to give it in vain, sometimes I wondered what happened, for me only ninety-nine camels are enough. That mystic understood the duality of my mind. He wanted to teach me a lesson and said, what shall I do with a camel, I will show you the place on condition that you give me half of your camels full of treasure. Now it’s your wish. Think for yourself whether forty camels is too little for you. I compulsively accepted his words. I also thought that the wealth of forty camels would be enough for my many generations.

We both went in another direction. After passing through a narrow pass in a mountain, we reached an open space between the mountains. That place was completely deserted. The fakir said, make the camels sit here and come with me. I made the camels sit and went with him. After going some distance, the fakir collected dry wood and put out fire from the flint and lit the wood. When the fire started, he took out the fragrant substance from his bag and put it in the fire. A huge cloud of smoke rose from it and started moving to one side. After going some distance, it burst and a big mound appeared in it. From where we were, there was a road to the mound. When we both reached him, a door appeared in the mound. Proceeding from the gate, a large cave was found in which a grand building made of jinns appeared.


The building was so grand that humans could not even build it. When we went inside it, we saw that it was filled with infinite liquid. Seeing a pile of Asharfis, I pounced on it like a lion pounced on a prey. I started stuffing the hooves of the camels. The fakir also started collecting money, but he would fill only the gems. He also asked me to leave the Ashrafis and pick up only the gems, I also started doing the same. We filled all the nails with precious gems. I was about to leave when the fakir went to another room and I also went with him. Various gold-made items were kept in it. The fakir opened a gold box and took out a wooden box from it and opened it and saw it. A kind of ointment was kept in it. He closed the box and put it in his pocket. Then he lit a fire and added fragrance to it and recited the mantra that caused the palace to disappear and the cave and the mound also disappeared. He was born with the power of the mantra. We came to the same ground in which my camels were tied.

We loaded all the camels with hooves and divided the camels in half as promised and then came out through the narrow pass through which they had come. After reaching the ground on the way to Basra and Baghdad, I took my forty camels and walked towards Baghdad and the mystic took forty camels and left for Basra. I would walk a few steps that Satan filled my heart with greed and I ran backwards and gave voice to the fakir. When he stopped, I said, Sai ji, you are a devotee of God, what will you do with so much money. You will have difficulty in worshiping God because of this. If you don’t mind, I will take ten camels from your share. You already know that money is important for worldly people like me. The fakir smiled at this and said, well, take ten more camels.

When the mystic gave me ten camels without any hesitation of his own volition, greed and greed suppressed me and I thought that I should take ten more camels from it, it should not make any difference. So I turned to him again and said, Sai ji, you will say that this man is troubling again and again. But I wonder how a saint like you will handle even thirty camels.

This will cause a lot of disturbance in your spiritual practice. Give me ten more camels out of these. The fakir smiled again and said, You are right, twenty camels are enough for me. You take ten more camels.

I left with ten more camels. But the evil spirit of greed had taken a toll on me. Or understand that it was the fakir who was creating greed in my mind with his eyes and his behavior. I went out of my way saying the same things as before and asked him for ten more camels. He laughed and accepted this too and kept ten camels with him and gave ten camels to me. But I was unfortunately not satisfied with even this. I tried to remove the thoughts of the other ten camels from my mind, but I kept on paying attention to them. After returning from the road, I once again went to that fakir and after making a big request to him, the rest of the camels also asked him. He laughed and said, Brother, your destiny is not fulfilled. Well take this other ten camels too, God bless you.


Even after getting all the camels, my mind was not lost. I told him, Sai ji, you have been so kind, so give me the boxes of ointment that you picked up from the palace of the jinns. He said that I will not give that box. Now I am tempted by that. I started begging the fakir to give it to him. I had decided in my mind that if the fakir did not give that box of his own will, then I would forcibly take the box from him. Knowing the matter of my mind, the mystic also gave that box to me and said, you must take the box, but it is necessary that you understand the specialty of this ointment. If you apply a little ointment from this in your left eye, you will see the secrets of the whole world. But if you apply it in the right eye, you will be blind in both eyes forever.

I said, Sai ji, you are fully aware of this ointment. You put it in my eye. The fakir closed my left eye and took a little ointment and applied it on the eyelid. As soon as the ointment was applied, it happened as the mystic had said, that is, secret and underground treasures from all over the world began to appear to me. I was going blind in greed. I thought there would be many more treasures that are not visible. I closed my right eye and told the fakir to apply ointment on it too so that I could see the rest of the treasures. The fakir said, don’t talk like that, if you put ointment in the right eye, you will be blind forever.

He said to me, brother, why are you insisting. Do you want to take the same loss from my hands as much as I have done for you? Why should I do evil to you after doing good once?

But I said, just as you have fulfilled every one of my insistence, so also fulfill the last one. If it causes any harm to me, then it will be my responsibility, not you.

He said, well, if you want your ruin, then that is right. Saying this he applied that ointment on the eyelid of my right eye also. As soon as I applied the ointment, I went completely blind. I feel very sad, I can’t remember my stupidity. I started calling the fakir good and bad and said, now what is the use of all this money for me? You do me well and go away with your share of forty camels. He said, nothing can happen now, I warned you already.

When I pleaded with him further, he said, I had tried my best for your good and always gave you good advice, but you considered my words to be fraudulent and insisted on wrong things. Whatever has happened now cannot be fixed by me, your vision will never return. I begged him very much and said, Saiji, I am no longer greedy. Now take away all the wealth and all my eighty camels from hobbies, just give back the light of my eyes. He did not reply to my words, but took all the camels and the property loaded on them and left for Basra. Hearing the sound of camels walking, I shouted, Saiji, So please do not leave this forest in this condition. Take it with you If I meet any merchant on the way going to Baghdad, I will be with him. But he didn’t listen to me and left. Now I started wandering here and there in the dark. I did not even know the way that I could walk on foot. In the end, he fell tired and died of hunger and thirst.

Fortunately for me, the very next day a group of merchants went through that route from Basra to Baghdad. They took pity on my condition and brought them to Baghdad. Now there is no other way in front of me but to beg and feed. I felt so sorry for my greed and stupidity that I swore that I would not beg anyone until he threw a dust on my head. That’s why I insulted you yesterday.

The Caliph said, Your foolishness was too great. God will forgive you. Now go and tell your story to all your mendicants so that everyone knows what is the result of greed. Now you stop begging. You will get five rupees every day from my treasury and this arrangement will be for your life. Baba Abdullah bowed his head to the ground and said, I will happily follow the orders of the government.