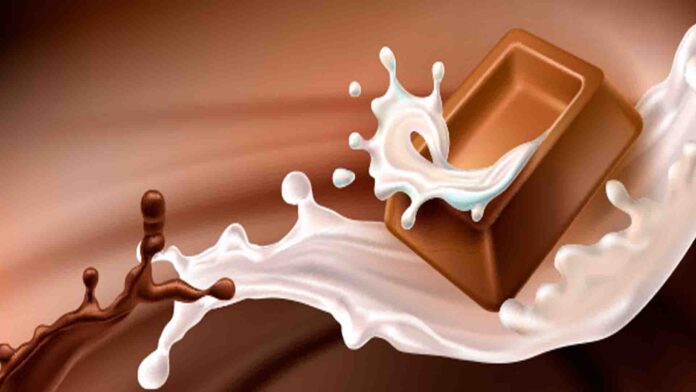 Chocolate is one of the foods that we humans like the most. There is nothing more delicious than eating a chocolate, an ice cream or a cake filled with this delicacy.

The fundamental product to make chocolate is a fruit called cocoa. Inside the fruit are the seeds.


It is known that the first place where it was cultivated was Mexico. There, the Mayan people discovered that if the cocoa beans were roasted and mixed with water and other ingredients such as corn, the result was a rich and nutritious drink, which they called “Xocolatl”, which apparently means “water”. bitter”.

Later the Aztecs arrived, who prepared a chocolate very similar to that of the Mayans. The difference was that the Mayans drank it hot and the Aztecs cold.

When the Spanish arrived in America in 1492, they saw the cacao tree and seeds for the first time, since they did not exist in Europe. Legend has it that the Spanish conqueror Hernán Cortés was the first to taste the strange and unknown drink, he found it delicious and nutritious. From then on, the ships began to return to Spain loaded with cocoa beans and the recipe to prepare liquid chocolate.

As it was a bitter drink, in Spain sugar and vanilla were added and the result was spectacular. Chocolate began to be consumed by the richest people because it was quite an expensive food. Years later, during the 17th century, chocolate began to be known in the rest of Europe, becoming a highly appreciated product. In the 18th century, in England, the first solid chocolate was made, that is, a chocolate that could be chewed.


Nowadays, chocolate is known all over the world and thanks to technical advances, we enjoy many types and varieties, such as fondant, milk chocolate, nut chocolate, instant chocolate… The list is almost endless! endless!

If eaten in moderation, chocolate is a healthy food. It increases our energy and improves our mood. In addition, it is good for the proper functioning of the brain and heart.