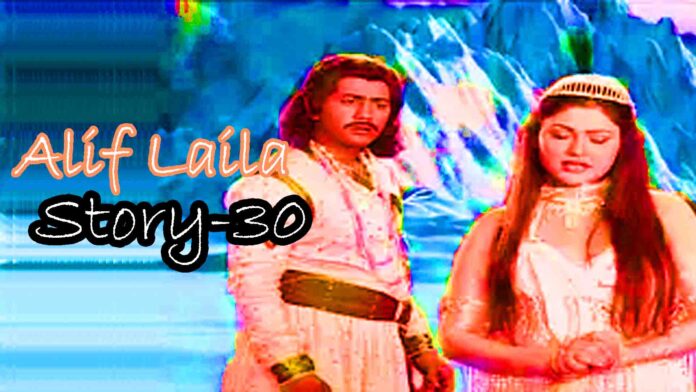 There was a city called Ruma in the country of Persia. The name of the king of that city was Gareek. That emperor got leprosy. Due to this he was in great trouble. The physicians of the state took various measures to cure his disease, but he did not get any health benefits. Coincidentally, a Hakim named Duban arrived in that city. He was unparalleled in medicine, no one knew the herbs more than him. Apart from this, he knew the language of each country and Greek, Arabic, Persian etc. very well.


When he came to know that the king there had such a terrible leprosy which was not cured by the treatment of any Hakeem, he sent the information of his arrival in the city to him and prayed himself to meet him. When the emperor gave permission, he reached in front of him and bowed before him and said, ‘I have heard that all the rulers of the city have treated you and to no avail. If you allow me, I will cure your disease without food or medicine to be applied.’ The king said, ‘I am tired of medicines. If you do me well without medicine, I will reward you a lot.’ Duban said, ‘By the mercy of God I will cure you without medicine. I will start the therapy from tomorrow itself.’

Hakim Duban came to his residence after leaving the emperor. On the same day he made a ball made of leprosy medicines and a long bat in the same way and on the second day gave the things to the emperor and asked him to play equestrian bowling (polo) and use this ball-bat. The king went to the playground as he said. Hakim said, ‘It is a ball-bat made of medicines. When you sweat, these medicines will start entering your body. When you sweat a lot and the medicines are well absorbed in your body, take a bath with warm water. Then your body will be massaged with the oils of many beneficial medicines given by me. After the massage you go to sleep. I am sure you will find yourself healed when you wake up the next day.

Hearing this, the emperor sat on a horse and started playing Chaugan (Polo) with his courtiers. He used to throw the ball towards them with a bat from one side and they used to throw the ball towards him from the other side. The game went on like this for several hours. Due to the heat, sweat started dripping from the whole body of the king and the medicines of the ball and bat given by Hakim entered his body. After this, the emperor took a bath with warm water after stool. After this, oil massage and all other things that Vaidya had told were done. When the king woke up the next day after sleeping, he found his body as healthy as if he had never had leprosy.


The emperor was greatly surprised by this miraculous treatment. He happily entered the court wearing the best of clothes. The courtiers were present. In no time Hakim Duban also came. He saw that every part of the king was glowing like Kundan. On the success of his treatment, he thanked the Lord and came near and kissed the throne as per the custom of the court. The emperor called the Hakim and made him sit next to him and praised the Hakim highly in front of the people of the court.

The emperor showered more rain on him with his grace. Made him eat food with himself. At the end of the evening court, when the Musahib and the courtier had left, he gave a very valuable khilat (reward robe) and sixty thousand rupees as a reward. Even after this, he used to increase the reputation of Hakim day by day. He thought I didn’t do anything with it considering the amount of favor Hakim had done to me. That is why he started giving him some reward-Ikram every day.

The king’s minister was envious of Hakim’s prestige and the emperor’s compassion on him. He kept thinking for many days that how to bring down the Hakim from the eyes of the emperor. One day in solitude, he requested the king that I want to tell you something, if you are not unhappy. When the king gave permission, the minister said, ‘You are giving so much prestige to that Hakim, it is not right. The people of the court and the Musahib also misunderstand the fact that it is unfair to give so much respect and trust to a foreigner, about whom no one here knows anything. The reality is that Hakim Duban is a genius. He is sent by your enemies who want to kill you by deceit.’


The king replied, ‘Minister, what have happened to you who are doing such nonsense and blaming the Hakim?’ The minister said, ‘Government, I am not saying this without thinking. I have discovered very well that this man is not reliable. It is appropriate that you beware of Hakeem. I request again emphatically that Duban has come from his country with the same intention i.e. he wants to kill you by deceit.’

The king said, ‘Minister, Hakim Duban is not at all such a man as you say. You yourself have seen that my disease could not be cured by any other Hakeem and Duban cured it in a day. What other than a miracle can such healing be called? If he wanted to kill me, why would he get rid of such a difficult disease? It is a shame to have such thoughts about him. Now I am making his salary three thousand rupees per month. Scholars say that good men are those who do not forget even the slightest favor done to them for life. He has done me such a favor that if I give him some reward and respect, then why should you start jealous of him. Don’t you think that because of your condemnation I will stop doing him a favor. At this moment I am reminded of the story in which the vizier of Badshah Sindbad had prevented the prince from being executed. The minister said, what is that story? I want to hear him too.’

Badshah Gareek said, ‘Badshah Sindbad’s mother-in-law was angry with Sindbad’s son for some reason. He fraudulently accused the prince in such a way that the emperor ordered the death penalty for the prince. Sindbad’s vizier requested him not to give this order in a hurry, Maharaj. Haste is the work of Satan. All the scriptures have forbidden to do any work without proper understanding. Lest you be in the same condition as that good man who hastily killed his trusted parrot and later regrets it forever. At the behest of the emperor, the vizier narrated the story of the gentleman and his parrot in this way.