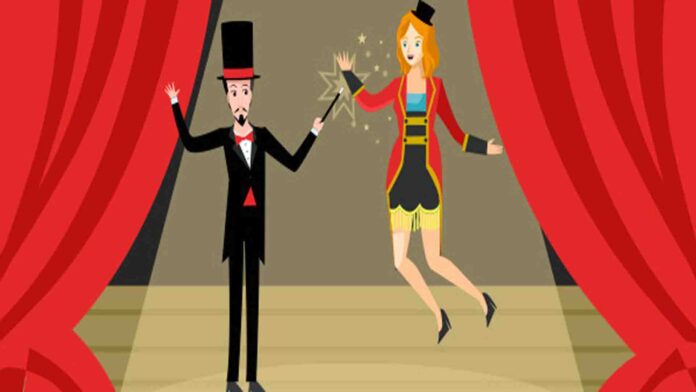 One of the funniest experiences you can have at your age is to attend a magic show. I assure you that, from the beginning to the end, the magician will be able to make you believe that in the fantasy world everything is possible, thanks to his great skill and incredible tricks.

You may not know that the most famous magician of all time lived many years ago and his name was Harry Houdini. This great artist, born in 1874, was from a European country called Hungary, although at the age of four he left with his family for the United States in search of a better life.

From a very young age, Houdini was attracted to the world of illusionism, and as he grew older, he worked very hard to achieve his goal: to become the best magician on the planet! By the way, his real name was Erik Weisz, but he changed it to Harry Houdini because he thought it sounded more exotic and glamorous for a high-end artist.


Houdini loved magic in general, but what he was really passionate about and made his specialty was escapism, that is, the numbers in which he had to get out alive from situations from which it seemed completely impossible to escape.

One of his most famous numbers was that he was bound with ropes, handcuffs or a straitjacket; then, before the astonished gaze of the entire audience, he asked to be locked in a trunk. Some curtains were drawn and surprisingly, in a matter of seconds and supposedly without anyone’s help, he managed to free himself and appear so graceful on stage. The applause of the public was guaranteed!

To achieve these complicated feats, he trained for years, over and over again, until he got it right. In the end, he achieved such a degree of perfection that nobody realized where the deception was.

His fans awaited each new challenge with impatience and excitement because they knew it would be even more crazy and risky than the previous one. The press also published his exploits, so he became a very popular character internationally.

Unfortunately, the great Houdini passed away quite young, in 1926, at the age of 52. Today, it is considered a myth in the world of magic and illusionism.