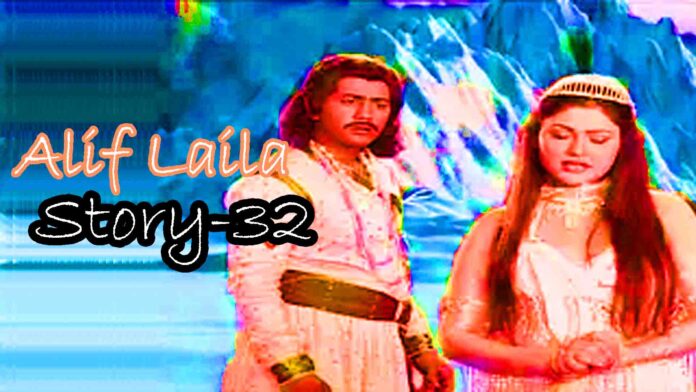 The other old man said, ‘O demon king, these two black dogs are my real brothers. Our father had given three thousand Asharfis to the three brothers at the time of his death. We started trading with those currencies. My elder brother had a desire to go abroad and do business, so he sold all his goods and started the business by buying the things which were expensive abroad. After about a year, a beggar came to my shop and said, God bless you. I replied regardless, God bless you too. He said don’t you recognize me? I looked at her carefully and then hugged her and wept bitterly. I said, brother, how would I have recognized you in such a condition. Then I asked the condition of his foreign trade, then he said that what are you asking after seeing me in this condition too.


‘Then on my insistence, he told all the calamities that had fallen on him and said that I have told you everything in a nutshell, if I tell you in more detail then my sorrow will increase and yours too. Hearing his words, I forgot all my work. I made him bathe and asked for good clothes and put him on. Then when I looked at my account, I came to know that I have six thousand rupees.

After a few days my younger brother wanted to go abroad and do business. I refused him a lot but he did not listen to me and after selling all his goods, he bought things which are expensive in foreign countries. Then he bid farewell to me and left with a caravan that was going abroad. After a year, like my elder brother, he too came back to me after losing all his deposits and becoming a fakir. Like the elder brother, I also helped the younger brother and gave him the three thousand rupees which I had received as profit in business that year. He also started doing business as before by taking a shop in the city and everything started going smoothly as before.


‘Some time passed when both my brothers told me, let us all go abroad and do business. At first I denied and said that what benefit have you guys got from foreign trade which you are also asking me to go this time. Then both of them started arguing with me and started saying that who knows this time only your luck and your business intelligence will wake up our fortune and all our dreams will be fulfilled. I refused again but they kept following me. Even five years passed in this debate and during this period they killed my life. Tired of being fed up, I accepted his words.

‘I bought the things needed for the business. At the same time I came to know that my brothers had spent the money given to me and they were left with nothing. I didn’t tell him anything on this either. At that time I had twelve thousand rupees. I gave half of that money to both of them and said that brothers, wisdom and foresight are in this that we should spend half of our money in business and leave half in our house. If, like both of you, this time also we all have a loss in business, then the money kept in the house will be useful at that time and we will run our business by putting it in business.

‘So I gave them three thousand rupees and kept the same amount for myself and the remaining three thousand rupees dug a deep pit in my house and buried it. Then we bought merchandise and boarded the ship and left for another country. After a month we reached a town efficiently and started business. We made a lot of profit in business. Then we bought many good things of that country with the intention of selling it in our country.

‘When we had done our transaction at that place and got ready to return to the ship, a very beautiful woman dressed in torn clothes appeared before me. He saluted me by falling on the ground, kissed my hand and requested me to marry me. I did not consider this to be appropriate and refused. But she kept pleading and pleading. In the end I felt pity for his poverty and accepted his prayer and duly married him and took him on board the ship with me. I saw on the way that she was not only beautiful but also very intelligent. Because of this I fell in love with him very much.


‘But seeing this good fortune of mine, both my brothers died and became enemies of my life. His animosity increased to such an extent that one night while we were both sleeping, he threw us into the sea. There was some supernatural power in my wife. As soon as we both fell into the sea she took me to an island. When it was morning she told me that it is because of me that your life is saved, I am really an angel, when you were getting ready to board the ship I was fascinated by your youth and beauty and with you wanted to tie the knot; I also wanted to test your kindness, so I came in front of you like a beggar wearing torn clothes; I am very glad that you have fulfilled my wish; I want to get rid of the favor you have done to me, but I am very angry with your brothers and will not leave them alive.

‘I was very surprised to hear his words. I did him a great favor and said very humbly that you should not kill my brothers; Although they have caused me great pain, I do not want them to be punished so harshly. The more I recommended my brothers, the more Pari’s anger grew on them. She started saying that I will fly away from here and will sink their ship along with those wicked ones. I again pleased him and told him as a gift to God that you should not punish them so harshly, it is the duty of gentlemen to do good instead of evil; Cool your anger and if you want to punish them then give whatever punishment you want in addition to the death penalty.

‘I was persuading and persuading him in such a way that in a moment he blew me up to the roof of my house and himself disappeared. I got down from the roof and came inside the house. Then I took out my pressed three thousand rupees from the pit and went to the shop and started doing business again. When I came back home from the shop, I was surprised to see that there were two black dogs inside the house. Seeing me, he came to me waving his tail and started rolling with his head on my feet.

‘At the same time that angel came to my house and told me not to panic after seeing these dogs, they are both your brothers. Hearing this, my blood dried up. I was sad and asked Pari how these dogs became. He said, I have a sister who, at my behest, sank your ship with its furnishings and made your brothers dogs for ten years. Saying this, the angel disappeared. When ten years had elapsed, I came here with my brothers and stopped here seeing this merchant and this deer old man. That’s my story. O demon king, did you find this story wonderful or not?’