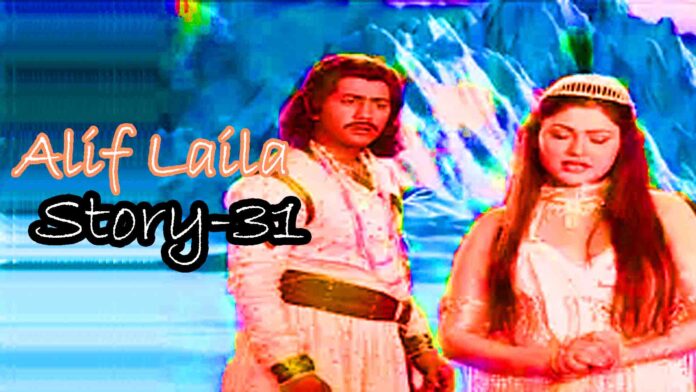 Story of the Fisherman – Alif Laila

Shehrzad said that O lord, an old and religious Muslim fisherman used to work hard to feed his women and children. He regularly got up early in the morning and went to the bank of the river and threw the net four times in the river. One day, getting up early in the morning, he cast a net in the river. When he started removing it, the net felt very heavy. He understood that today a big fish has come, but after grabbing the net with hard work, the body of a donkey was trapped in it. Seeing him, he became water-roasted, his net was also torn from place to place by the burden of the donkey.


He handled it and then threw it in the river. This time, whatever was pulled, only mud and mud were found in it. He started crying and said that look at my misfortune, twice or twice I put a net in the river and nothing came in my hands. I do not even know any other profession other than this profession, what should I do for a living.

He washed the net and then threw it in the water. This time also he got bad luck, there was nothing in the net except pebbles, stones and fruit kernels. Seeing this, he started crying even more. By this the morning light had also spread. He meditated upon the Lord and humbly said, ‘O Lord Almighty Deendayal Prabhu, you know that I throw a net in the river only four times everyday. I have thrown thrice today and nothing came and all my hard work was in vain. Now it remains to throw the net once. Now you please and get me something from the river and have mercy on me as you had once done on Hazrat Musa.’


Saying this he threw the net for the fourth time and pulled it, it felt heavy. He thought that this time the fish must have been trapped. He took it out with great force and saw that there was nothing in it except a brass gargle. From the weight of the jar, he understood that there would be some valuable things in it because his mouth was tightly closed by the lid of the lead and there was a seal on the lid. The fisherman said in his mind that even if it is empty from inside, he will get money by selling it, so that today’s work will somehow run.

He looked at Gagar upside down and shivering but no word came out of it. Then he brought a knife from somewhere and after working hard for a long time, opened its mouth. Now he peeped and started looking inside the Gagar but he could not see anything. At the same time he saw smoke coming out of Gagar. He was surprised to see what was happening. A lot of smoke came out of the river and spread in the sky over the river. In no time, the smoke reduced to one place and it took the shape of a fierce giant. The fisherman was afraid to run away but he heard that the demon was raising his hand and saying that O Sulaiman, forgive my crime, I will never disobey your orders. Hearing this, the fisherman forgot his fear and said, ‘Oh ghost, what are you talking about? It has been more than eighteen hundred years since Solomon died. Who are you, tell me how you got stuck in this river.’

The demon looked at him with disgust and said, ‘You are very rude, call me a ghost.’ The fisherman said upsetly, ‘And who are you? If I don’t call you a ghost, should I call you a donkey?’

The demon said, ‘There is no longer time for you to die. I will kill you soon. If you want to stop your chatter and talk to me, then do it with care of your tongue.’

The fisherman panicked and said, ‘Why do you want to kill me? Have you forgotten the fact that I have freed you from the bondage of gas?

The demon said, ‘I know very well that you have opened the gate, but your life cannot be saved from this. Yes, I will make a concession with you. I will give you the right to decide how I should kill you.’

The fisherman said, ‘There is no fairness in your heart. What have I done wrong to you that you want to kill me? Do you want to avenge this favor of mine in such a way that you kill me without any reason?’

The demon said, ‘Not killing without reason. I will tell you what is the reason for killing you, listen carefully. I am one of those jinns (daityas) who were atheists. Other demons believed that Hazrat Sulaiman was the messenger of God and obeyed his commands. Only me and another monster, whose name was Sakar, disobeyed Solomon’s orders. Emperor Suleiman got angry and ordered his chief minister Asif bin Varahiya to arrest me and present him before him (Sulaiman). The minister grabbed me and made me stand in front of him. Suleiman told me that you, being a Muslim, consider me a prophet and follow my orders. I refused it. Solomon punished me for this that I was imprisoned in this gorge and after urging him put a lid of lead on its mouth and put his seal on it and ordered a demon to throw the gaggar into the river. So he threw me in the river. At that time I vowed that I would give enough money to the man who takes me out within a hundred years so that he may live happily ever after and after his death a lot of money will be left for his heirs. No one fired me during this period. Then I vowed that now within a hundred years, whoever will free me, I will get the treasures of the whole world. I’ll give Still no one took me out. Then I vowed that in the third period of a hundred years I would make him a great king who would free me and would go to him every day and fulfill his three wishes. When no one took me out even in this third period, I got very angry and in that state I vowed that I would take the life of the one who would bring me out now very cruelly. Yes, I will make such a concession with him that I will kill him the way he wants to die. Now that you have expelled me after this promise of mine, now tell me how to kill you.’

The fisherman was surprised and frightened to hear this and thought that misfortune had followed me, which I was getting the death penalty for doing good. He pleaded and said to the demon, ‘Brother, forget your promise, have mercy on my little children. Forgive me even if you think I have committed any crime. Have you not heard that God forgives the one who forgives the offenses of others?’

The demon said, ‘Let these things remain. I will not live without killing you; You just tell how you want to die.’

The fisherman was now very frightened because he saw that the demon was not giving up his insistence on killing him. He was deeply saddened by the memory of his wife and sons. He once again tried to pacify the demon’s wrath and pleaded with him, ‘O demon king, I have done so much good to you, you can’t even take pity on me in return?’ The demon said, ‘Your life is being lost because of doing this good.’ The fisherman said again, ‘How wonderful that you are bent on taking the life of your benefactor. It is well known that if someone does good to the bad, he only bears the consequences. This proverb totally applies to you.’ The demon said, ‘No matter how many questions and answers you ask, and no matter how many proverbs you tell, I do not hesitate to take your life.’

The fisherman finally thought of a way to protect himself. He said to the monster, ‘Well, now I understand that my life cannot be saved from your hand. If this is the will of God, I gladly accept it. But I ask you to answer one of my questions as long as I decide on my way of dying, under the same holy name that Solomon had inscribed in his seal.’ The demon became helpless with such a great gift and started trembling. He said, ‘Ask, what do you want to ask? I will answer your question.’


Hearing this, the demon again turned into smoke and spread over the entire river. Then the smoke-like demon gathered at one place and slowly started going into the Gagar. When there was no trace of smoke outside, the voice of the demon came from inside the cave, ‘Now you know that I did not tell lies, I was locked in this cave?’ The fisherman did not answer this. He placed the cover of Gagar, bearing the seal of Solomon, on Gagar’s mouth and closed it firmly. Then he said, ‘O monster, now it is your turn to plead and ask me to forgive my crime. Or tell me how you yourself want to die at my hand. No, it would be appropriate for me to put you in this river again and live on the banks of the river and warn the fishermen who come here to cast their nets that there is a great monster trapped in a gorge.

Hearing this, the demon was very frightened. He fought hard to get out of Gagar, but it was impossible because Gagar’s mouth was covered with Solomon’s seal and it was constrained by that seal. He was very angry, but he controlled his anger and said begging, ‘Fisherman brother, don’t you throw me in the river again. Did you really understand what I said? I was only talking about killing you out of ridicule. Sorry you got my point. Now take me out.’

The fisherman laughed and said, ‘Why brother, when you were outside the Gagar, you used to think of yourself as a very powerful demon king and used to stutter, now what happened that as soon as you enter the Gagar, you consider yourself to be very lowly. I will definitely throw you in the river now and you will remain a prisoner in this river till the end of the Holocaust. The demon said, ‘For God’s sake, spare me the intention of throwing me back into the river.’ Thus the demon begged for deliverance with great humility, pleaded a lot but the fisherman did not budge. Then the demon said, ‘If you leave me this time, I will do you a great favor.’ The fisherman said, ‘You are a genius. How can I believe you? If I leave you, you will be ready to kill me again. You will reward me for this favor in the same way as the famous king did to Hakim Duban. The demon asked what this story is,