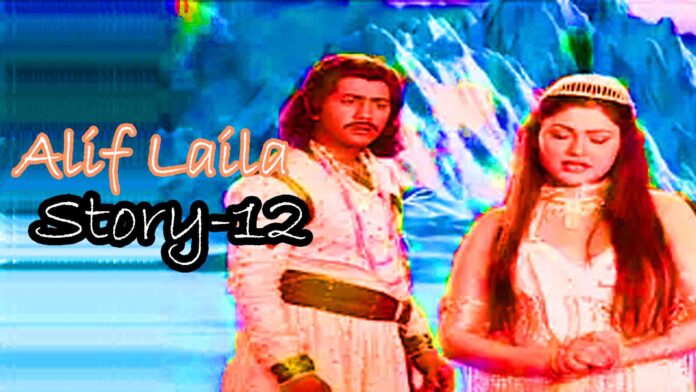 The story of Kane Alkuz, the fourth brother of the barber – Alif Laila

The barber said that my fourth brother was Kana and his name was Alkuz. Now also hear how one of his eyes went. My brother used to work as a butcher. He had a good understanding of sheep and goats. He also prepared the rams to fight. Because of this he became popular in the city. He used to keep very good rams and the dignitaries would come here to watch the battle of the rams. Apart from this he used to sell very good meat of sheep.


One day an old man came to him and went away after buying a passerine meat and paying its price. The silver coins given by him were brand new and shining. My brother saw them and put them in a box. The old man would come like this for five months and carry the same amount of meat from his shop every day and give the same amount of money in return. Five months later, when my brother wanted to buy more sheep, he opened the box and found round pieces of paper there.

Seeing this, he started crying and beating his head. He called the neighbors and showed them round pieces of paper stuffed in the box. They too were surprised to see this. My brother was grinding his teeth and saying that if he can find the old man, then I should know his whereabouts. Incidentally, the old man appeared some distance away in the street. My brother ran and caught him and neighbors and many other people also gathered there. My brother cried out and said, Brothers, look how this shameless sinner has cheated me. Saying this he told the whole story.

The old man on hearing this said to my brother, it would be better for you to apologize to me for the insult you have done to me and the abuses you have given me and withdraw your baseless allegation. If you do not do this, I will insult you more than you have insulted me. I do not want to even mention the inedible thing that you have been feeding. My brother said, what the hell are you doing? You can say whatever you want. I am not afraid of anything because I do not do any deceitful work.


The old man said, if you want to make your own trouble, then do it. Listen, brothers, this lowly butcher man kills and sells their meat to you people in the name of sheep and goat. My brother cried out and said, lowly old man, even at this age you have not deterred from lying. Why is it running unnecessarily? He said, what shall I do without any help? One or half the corpse of the baseless man will still be in the inside part of your shop. Anyone who goes there and sees will know whether I am a liar or you. Alkuj said in anger, whoever wants to see my shop.

So the neighbors decided that the old man should be taken to the shop and if his words turned out to be false, double the amount that was due on him should be recovered from him. Going there and saw that in the inner part of the shop there was actually a headless corpse of a human hanging like the dead carcasses of animals are hanging in the butcher’s shops. The reality was that he was an old magician and was adept at creating visual illusions. For five months he gave round balls of paper to my brother and during this time he deceived the people by making the sheep that my brother had killed some time ago into a man. Who understands his magic game? People in anger beat my brother a lot and shouted to him that you are vile and sinner, you have been feeding us male meat. Due to this beating, one of my brother’s eyes got broken.

The old man was also among those killed. He did not end the matter on beatings, but along with all the people reached the Qazi’s place with my brother and the dead body hanging in his shop. He also used illusion of vision on the Qazi and he also saw the corpse of a man. The Qazi did not believe my brother’s story nor showed mercy to his screams. He ordered that this butcher be beaten with five hundred whips, and then he should be made to roam the whole city on a camel, then be expelled from the city. That’s why it was done.


I was in Baghdad when my brother was suffering. My brother hid in some unknown place and after a few days when he regained some power to walk, he left from there and hid and reached a city where no one knew him. Somehow, he spent some more days, sometimes he used to get work, then he used to do some hard work, otherwise he used to beg. Even if he did not get anything in begging, he would have remained hungry.

One day he was walking on a road when he heard the sound of a horse coming from behind him. Looking back, he found many riders following him. He thought that he was not coming to catch me. So he started running to a big house. There he was caught by two men and said, thank God lakhs and lakhs that you yourself have come here today to fall into our hands. We were running night and day in search of you for three days.

My brother was very surprised to hear this. He said, I didn’t understand anything. what do you guys want from me? Why have I been caught? You have got some confusion. They said, “We are not under any illusions. You and many of your companions are thieves. You robbed our master of all his wealth and made him almost poor. Even then your wish was not fulfilled. Now you have been sent to take the life of our master. You came last night also for the same purpose and when we ran to catch you, I saw a knife in your hand. You will still have the knife. Saying this, both of them searched my brother, and the knife came out in his clothes, with which he used to cut the animal. After getting the knife, they started saying that now it is certain that you are a thief. My brother cried and said, Brother, If someone has a knife, will he become a thief or a murderer for so long? Listen to my story and you will believe my veracity. Saying this, Alkuz narrated all his troubles to him.


But on hearing this story, instead of showing mercy to Alkuj, ​​both of them got attached to him. They tore his clothes and seeing the marks of old injuries on his back and shoulders, they said that these marks show that you are an old criminal and have been killed before. Saying this they started killing him. Alkuj kept crying and complaining to God that what crime I have committed, for which this punishment is being given. Why am I getting this second punishment after a one useless beating in which I did not commit any crime?

His crying and shouting did not affect them and they took him to the Qazi that this thief had come with a knife after stealing from our master’s place with the intention of killing him. My brother said to the Qazi, Government, listen to my plea too. If you listen to me, then it will be clear in front of you that there will be no innocent person like me. His catchers said to the Qazi, don’t you listen to his false story. If you want to know its history, then disguise its body, then you will see that it is an old sinner and has always been killing.

When the Kazi took off his shirt, he saw the marks of old injuries. He ordered that it should be whipped a hundred and carried on a camel and carried around the city and its crime story should be told and then it should be thrown out of the city. That’s what was done. The barber said that when some people told me about his plight, I went there and after searching brought my brother home. The Caliph was entertained by this story and said that he should give it away with a reward. But the barber said that the government, listen to the story of my other two brothers also.