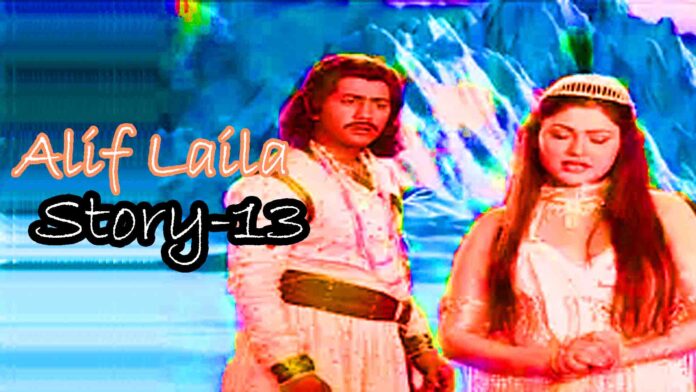 The story of Bakbarah, the second brother of the barber – Alif Laila

On reaching the Caliph the next day I said that my second brother is Bakbarah Popla. One day an old lady said to him, I say one thing for your benefit. The owner of a big house is attracted to you. I can take you to his house. If he is pleased, then you will soon become rich. My brother did her a great favor and also gave some money to the old lady.


The old woman said, but I will give you a warning. The age of that beauty is young and her childhood and bounty are not gone yet. She makes all kinds of irritating jokes with her friends and all the people she enjoys. And if anyone takes offense at her bodily jokes, she is forever spoiled by him and never looks at his face. That is why it is necessary that no matter how much he and his friends and maidservants molest or tussle with you, you should not feel bad about anything. My brother accepted this.

Then one day the old lady took my brother there. My brother Bakbarah was very surprised to see the vastness and grandeur of that building. No gatekeeper stopped him from being with the old lady. The old lady again ordered that she should not feel bad if the beauty or the women with her laugh and joke. The palace was very magnificent and there was a beautiful garden in front of the residence halls. The old lady made him sit in a hallway and went inside to inform the householder about his arrival. After some time he heard the sound of many women coming.

He sat down consciously. A group of many women came there. They all seemed to be hostesses. Seeing Bakbarah, they all started laughing. In the midst of those maidservants, an exquisitely beautiful Ramni dressed in a valuable garment was coming gracefully. Apparently she was his mistress.


Seeing so many women, Bakbarah was terrified. He bowed down and saluted him. The beauty asked him to sit down and said with a smile, we are very happy with your arrival, now tell me what you want. My brother said that I only want to be in your service. He said that it is a good thing, I also want us to spend four hours laughing and laughing.

Saying this he ordered his maidservants to bring food. The maidservants served food and made Bakbarah sit in front of his mistress for the meal. When Bakbarah opened his mouth to eat, he saw that he did not have a single tooth in his mouth. She showed it to her servants with a gesture and started laughing. They all laughed too. My brother understood that he was happy with my company, so he also started laughing. Then the beauty signaled for her maids to leave and began to feed her by lifting the mouthful with her hand. After dinner, the lady’s attendants came and started dancing and singing. My brother also started dancing and singing with them. Only that beauty sat silently.

After the singing and dancing were over, all the servants sat down to rest. The beauty gave a glass of wine to my brother and drank a glass herself. My brother drank in gratitude standing up because the beauty had honored him by giving him wine with her own hands. The beauty made him sit beside her. He saluted and sat down. The beauty put his arm around his neck and slowly started slapping his face.


My brother was considering himself to be the luckiest man in the world that such a beautiful and rich woman is giving him so much love. But all of a sudden the woman started slapping him vigorously. Now he got upset and sat away from that beauty. The old lady was also present at a distance. She started pointing out that you are not doing well by getting angry, what did I tell you. My foolish brother then went and sat beside that beauty and started saying that you should not understand that I was sitting away from you in anger. Actually it was another matter. The beauty took hold of his hand and made him sit beside her.

The Sundari appeared very kind to him but pointed it out to her maidservants and they started making her sad in a variety of ways. They made my brother a complete joker. Somebody would hold his nose and pull him, some would beat him on his head. Meanwhile, taking a chance, my brother told the old lady that you were right, a woman of such a strange nature will not be found anywhere in the world and you also see how I am suffering to please these people. He said that now let’s see what happens.

Then that beauty said to my brother, you seem to be very spoiled. If we laugh a little bit, then you feel bad. We are happy with you and want to do kindness to you and your mood does not match. My brother said, no my government, there is no such thing. I am present for your pleasure. I’ll do whatever I want. When the woman saw that she was completely foolish in what he said and would tolerate everything, she put her arms around his neck and said that if you really want to please us, then be like us. The foolish bakbara did not understand at all what he meant.


The naughty young lady asked her maids to bring rose water and perfume – flower so that we would honor our guest. When these things came, he sprinkled rose water on my brother with his hand and applied perfume on his clothes. He couldn’t get tired of seeing all this. Then that beauty again ordered her maids to color the raga and they again started dancing and singing. Then she told the maids to take this man to another room and get him decorated the way I want. Hearing this, Bakbarah went to the old woman and asked what would these people do to me. She said, this beauty wants to see you in female form. Now these attendants will decorate your brows with color and moustache your mustache and dress you like women.

Bakbarah said, “I will put on women’s clothes and get my eyebrows painted because I can wash them with water, but I will not shave my mustache.” This will make me look very strange. The old lady said, don’t argue or insist on this matter. This beauty is fascinated by you. If you want to make fun of you a little bit, then let it be done, what’s wrong. It will give you so much wealth that you cannot even imagine. If you show respect in this matter, then the whole matter will be spoiled. You won’t get anything.

On this the poor man agreed and started telling the maidservants to do whatever you want with me. The maids took him to another room. They dyed his eyebrows in various ways and shaved his mustache. Then they wanted to shave his beard, so he again resisted. She started saying that if the beard was to be saved then why should the mustache be shaved, how will the beard go with the clothes of women. Now the poor man agreed to shave his beard. The maids shaved his beard and dressed him in women’s clothes. After that she brought him to Sundari. Seeing this form, she burst into laughter. He said, you have obeyed me till now, so accept one more thing. You dance like a woman by putting your hand on your head and putting your finger on your nose. He started dancing like that. All the servants, even the householder started dancing with him. They were all going crazy laughing at this spectacle.

Those women not only made him dance, but also made him worse. They tied her hands and feet, slapped and kicked her a lot and picked her up and started throwing them at each other. Seeing this, the old lady scolded all of them as per the previous plan, to stop this stupidity. The intention was that he should consider the old lady to be well-wisher and to make more spectacles at what she said.


Now the old lady took him aside and said, you have been made to suffer a lot, but now only one thing is left. If you are successful in that, then consider it to be twelve. When this beauty is pleased with someone, she definitely plays a game with him. After drinking alcohol, she calls the person in front of her, taking off all her clothes and tying a small cloth around her waist and running in front of her tells her to catch me and runs from room to room and hallway to hallway . When she stands up exhausted and the person holds her, she goes into his arms.

So my brother took off all his clothes except one nappy and the woman started running twenty steps ahead of him. While running she took him to a completely dark room. She herself did not know where she had gone, the poor thing kept wandering in the dark.

Finally, seeing the light on one side, he ran there. That was the back door. As soon as my brother left, that door was closed. There lived a tanner in the back street. When he saw a man wearing a beard, moustache, dyed his eyebrows, he was surprised and mischievous. He started laughing and clapping and chaptiyan. Then they got hold of a donkey, made it sit on it and started taking it towards the market. Unfortunately for my brother, the Qazi’s house was on the way. The Qazi heard the noise and asked his servant what was the matter.

The servants brought all the people in front of the Qazi. When asked by the Qazi, the tanners said, “Sarkar, we found this man in this condition in the street that opens to the backyard of the minister’s palace.” It was moving there. The Qazi heard the name of the minister’s palace and said, This man seems to be a mad and dangerous man. Make him lie down and lift his feet and hit him with a hundred sticks on the soles and after that he should be thrown out of the city. After this, his entry into the city should be banned forever. That’s why it was done.

After this the barber said that Sarkar, this is the story of my second brother Bakbarah which I have narrated to you. Now let me tell you the story of my third brother. Saying this without taking the permission of the Caliph, he started narrating the story.