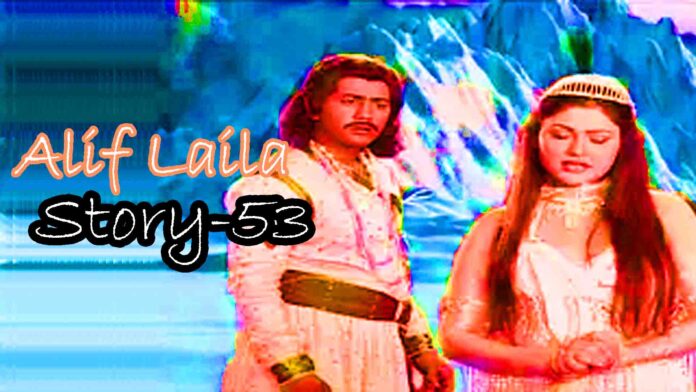 Sarkar, my eldest brother named Bakbak, was a hunchback. He learned tailoring and when he learned this job, he rented a shop to run his business. There was a flour miller’s shop in front of his shop. The millman’s work was good and he was very rich, but my brother’s work was new and the poor man used to earn and eat daily.


One day my brother was working and the front window of the millman’s house was open. After sometime the beautiful wife of the millman came and stood there. My brother stared at his face and gazed at him. When the woman’s eyes fell on him, she immediately closed the window because she was very pious. The next day that window did not open. On the third day when the woman opened the window, she saw my brother looking at her. She understood that this man was keeping an evil eye on me. She got burnt on this matter but she wanted to punish it. She smiled looking at it. It laughed too. Then she blushed and left. This fool understood from this that the woman has started liking me.

Now that woman started her plan. He sent several yards of valuable cloth to the tailor in the hand of his maidservant to make a good dress for me at once. My brother understood that it really fell in love with me, otherwise why would I send such a valuable cloth to the new tailor. He worked hard all day and got the garment ready by evening. On the arrival of the maid on the second day, she said that to ask her mistress to get all your clothes stitched by me, I sew very quickly and very well. The maid came back after going a short distance and said, I forgot to give you a message from my mistress. He has asked that his night was spent in your meditation as soon as you woke up, how was your night. My brother was very happy to hear this and said that tell him that I have spent four nights awake in his memory.


After a while the servant came again and started saying that my mistress has given this silk cloth to make clothes for her. My foolish brother hugged him intently. Shortly after the maid’s departure, she again came to the window and went away with a variety of gestures, displaying her long hair, advanced youth and thin waist. This fool spent a whole day intoxicated with love and gave that cloth too. In the evening, the servant came and took away this second garment. He sewed neither the first cloth nor the second cloth. So my brother had to go to bed hungry the next day also. Distraught with hunger, he borrowed some money from his friends in the evening and somehow filled his stomach.

The next morning the servant came and told him that my master has called you. At first my brother was terrified, but then was convinced by the maid’s statement that the mistress showed the master the clothes you have sewn, that how cleverly you have made clothes of the right size. The owner was also very happy with this and wants to get his clothes stitched by you too. Actually, my mistress wants that you should come to her house on this pretext, so that later some idea of ​​meeting can be found.


My brother did not get upset hearing this. He left with the servant. The millman praised him very much and gave him a warm welcome. He gave him a place to make some clothes for me out of it and give me back the clothes that were left. My brother got those clothes ready in five-seven days. The millman was very happy to see them. He gave a more precious place that the best clothes be sewn in the same way. My brother then took a loan to run his food and drink and also sewed clothes from another station.

When he went to the millman with clothes, the millman was more pleased. He said that I have not given you the stitch yet. When my brother remained silent, the millman himself calculated the amount and paid for the proper sewing of all the clothes. My brother was about to take them when the same fucking maid stood behind the millman and started indicating that beware, don’t take anything, otherwise the work will be spoiled. My brother turned out to be such a fool that if he sewed, did he not even take the cost of the thread which he had put in his chest. Started saying that what is the need to stitch, then it will be seen.


After leaving the millman, he again went to his friends to take a loan, but he had to be disappointed. Friends said that you never return after taking a loan, they will not give you even a penny. Then he came to me that give me some money, I am hungry for many days. I gave him a little money because I was also rich. With this money, he worked for a few days in such a way that he used to eat two dry rotis every day.

One day my brother again went to the millman’s place. He was working on the mill at that time. He understood that he had come to ask for sewing. Putting his hand in his pocket, he took out some coins to give to him. At the same time, the servant pointed from behind that if stitching is taken, then the work will be spoiled forever. That’s why that poor person didn’t take anything that day and said that I had not come to take sewing, just as a neighbor had come to inquire about your well being. The chakkiwala was very impressed by his kindness and gave him another cloth on his chest. My brother gave it the same day and took it to the millman the next day. The millman wanted to give all the money, but the maid again pointed out that even if you take a single penny, the mistress will never come in front of you. So he said, what’s the hurry, sir? I’ll take the money too. I come here to inquire about your well being, Doesn’t come for money. After saying this, the poor man came to his shop and started working hungry and thirsty.


But the millman’s wife was not satisfied with this. He had to get the money later. She wanted him to be punished severely. So one day she told the whole thing to her husband that he keeps an evil eye on me, that is why he did not sew so many clothes even after stitching. The millman was very angry on hearing this. After thinking for a couple of days, he planned to punish my brother thoroughly. One day he invited it for dinner. After having dinner, both of them kept talking for a long time. Then the millman said that now many nights have passed, where will you go at this time. Saying this made him sleep at one place.

In the middle of the night he woke up my brother and said, Brother, help me or else I will suffer a great loss. My mule who used to run the mill has fallen ill and the mill is closed.

My brother said, what can I do to get the mill running? He said that you get tied to a mill instead of a mule and make it run around and spin it. My brother was very surprised and started hesitant. But the millman tied him to the mill and told him to run fast. When my brother started walking, the millman hit him with a whip. He asked what was the matter. He said that this is how I drive the mule fast, if you also do not move fast, then all the grain will be left without grinding. My poor brother started running but after a couple of rounds he sat breathlessly. The millman whipped him ten times and abused him as much as he used to give to a mule.

This was the condition of my brother till morning. In the morning, the millman left him tied like that and went to his wife to say that look at the condition of your lover. Meanwhile, the servant came and opened it and said that I and the mistress have pity on you, that is why I have rescued you. He did not answer anything and came to his house falling down. Thus the ghost of love descended from his head.

Khalifa said that today is Eid, send this barber away with a reward. I said farewell saying that I will take the reward only after listening to the words of all the brothers.