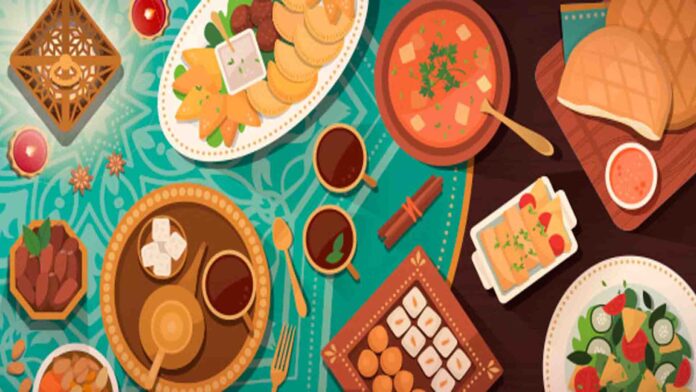 Nasreddin and the invitation to eat a long stories for kids

Adaptation of the popular Indian fable

There lived in India many, many years ago, a very intelligent and alert boy named Nasreddin. His wisdom always amazed everyone to such an extent that he was famous throughout the city. Many curious things always happened to him from which Nasreddin drew an important lesson. One of those stories is what we are going to tell you.


The boy had a friend who lived surrounded by all kinds of riches in a majestic palace. One day they met on the street and the rich gentleman invited him to dinner that same night. Nasreddin, who had never had the opportunity to enjoy a sumptuous dinner because he was poor, gladly accepted.

As evening began to fall, Nasreddin climbed into his famished donkey to go to his host’s house. It was the first time he had visited him and when he arrived, he was dazzled to see nothing more and nothing less than a huge pink marble mansion surrounded by incredible gardens. At the entrance, two guards dressed in a bright uniform and suitably armed, watched anyone who dared to approach.


Nasreddin got down from the donkey and introduced himself.

– Good evening, gentlemen. My name is Nasreddin. Your master, who is a friend of mine, is expecting me for dinner.

One of the soldiers looked him up and down with contempt. Nasreddin was dressed in a faded, patched tunic and frayed sandals that held the dust of many years of use. Without any hesitation, he said in a dry voice:

The soldier was not willing to be fooled. Such a rich and important man would never invite a beggar to his table! She took a step forward and, looking at him fixedly, refused again.

The boy turned around, climbed on the donkey and, sorry, walked away from the palace. He felt horrible, very humiliated, but he wasn’t about to let himself be crushed by the fact that he was poor.

As always, he had an ingenious idea: go to the village tailor and ask him for help. It was late when he knocked on his door, but the old man greeted him with a smile.

– Hello, Nasreddin, what brings you here?

– I came to ask you a favor. I need you to lend me some decent clothes to go to a friend’s house for dinner. With these pints I am not allowed to enter your palace.

– Do not worry! I have plenty of clothes that will suit you very well. Come in and I’ll show you!

The tailor suggested that the first thing to do was wash a little. Nasreddin, delighted, took a good bath of hot water in a basin and, once clean and perfumed, tried on various garments until he found a truly elegant one. It was a white tunic embroidered with gold thread and a silk collar. For the feet, shiny new leather sandals. It was fantastic!

– Thank you very much, my friend! It’s just what I needed! Tomorrow I will come to return your clothes. I don’t know what I would have done without you!…

– Don’t worry, Nasreddin. You are good and you deserve this and much more. Have fun at dinner!

Neatly dressed and very sure of himself, Nasreddin showed up at the luxurious house of his wealthy friend. The soldiers recognized the boy but this time they stood firm. The boy asked that the doors be opened very formally.


– I am invited to dinner and the gentleman is waiting for me.

The soldier who had kicked him out a while before smiled at him and even gave him a small bow.

– Of course, sir, come in. When you arrive at the door, you will be received by the servants who will lead you to the hall where the gentleman will be waiting for you.

That’s how it went; Nasreddin crossed the garden and was greeted by a court of servants who announced his arrival. The owner of the house gave him a welcome hug and sat him at the head of the table along with other very distinguished guests with plump bellies. days!

The first course was a hot vegetable soup. Nasreddin was starving and the food smelled glorious, but to everyone’s surprise, instead of dipping the spoon into the broth, he stuck the right sleeve of his robe inside.

Imagine the faces of everyone who was there! They didn’t know what that attitude was due to! Didn’t that boy know the basic rules of education?

Silence fell. His friend, a little embarrassed by the situation, cleared his throat and asked what was wrong.

– Nasreddin, dear friend… Why do you stick your sleeve in the soup?

Nasreddin looked up and, as always, found the right words.

– I came to dinner in tattered clothes and was not allowed to enter. Shortly afterwards I presented myself well dressed and received with reverence. It’s clear that my clothes are more important to you than me, so it’s only fair that the robe I’m wearing is the one that has the right to eat.

The owner of the house did not know what to say. Red as a strawberry, he got up and apologized to the young man, promising that as long as he lived, no one would ever be barred from entry because he was poor. Nasreddin accepted his apology, and afterwards he had a good meal of the most delicious dinner of his life.

Moral: We must value people for what they are and not for the wealth they possess. Never despise anyone because they are less than you or because you don’t like their appearance.