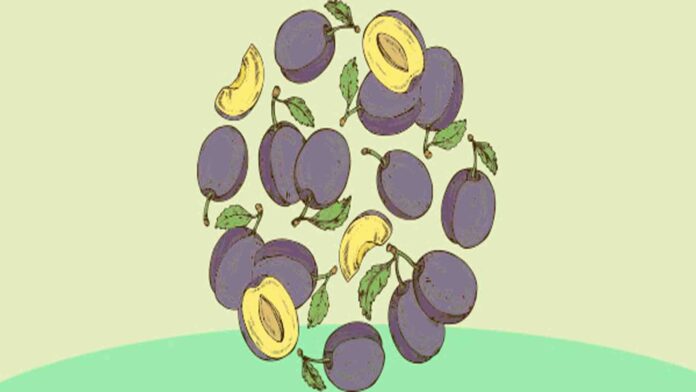 Once upon a time there was a peasant who made his living growing vegetables and fruit which he then sold in the market. With the money he earned, he bought everything he needed to support his wife and son.


The man was very happy because he had a wonderful wife and he was very proud of his son, a fantastic boy always willing to help with the hard work in the fields and collaborate in whatever was needed. In addition to being a worker, the young man was very polite, sensitive and a good person.

He was 28 years old and the couple believed that it was time for him to meet the right person to marry and start his own family. In addition, the two were looking forward to being grandparents!

There was only one problem: the boy was very shy around women and had never fallen in love with any of them yet.

The father thought he could lend a hand and set out to find a good girl for his beloved son. One fine day, without saying anything to anyone, he took a huge sack and filled it with juicy yellow plums that he himself had picked the previous afternoon. Then he put him in a small carriage hitched to his old horse and went to the nearest town.


He went to the square where the market was and saw that it was full of people. He stood in the center and began to shout like a madman so that he could be heard:

Apparently the peasant proposed a great exchange, so as is logical, all the women of the town began to sweep and clean their houses to accumulate as much garbage as possible and exchange it for fruit.

Imagine the strange scene: the ladies approached the peasant carrying the bags, he picked them up, and in return he gave them exquisite plums. When he finished, he got on his horse, went to another town, looked for the busiest square and repeated the operation.

The proposal once again had the desired effect: all the women began to collect the rubbish they had scattered around the house, filled several bags and took it to the farmer, who very generously gave them kilos of plums! could be more advantageous!


It so happened that he arrived in a town where he had never been, and as on previous occasions, he looked for the place where the crowd was and began to announce his offer.

Once again the women began to clean their houses and left enthusiastic with the bags full of waste. All except a beautiful girl who approached the farmer with a very small bag, about the size of a purse.

– Wow, young lady, how little trash you bring me!

The girl, a little embarrassed, explained:

– I’m sorry, but I sweep and clean the house every day because I like to keep it nice and neat. This is the only thing I’ve been able to gather!

The man tried to hide his emotion.

– Are you married, Irina?

The girl turned red as a tomato.

– No I’m not; I work a lot and I haven’t met any worthwhile guys yet, but I know that one day I will get married and have a big family because I love children!


The peasant was dazzled by her sweetness and was clear that she was the perfect girl for his son, just what he was looking for. His plan had worked!

He took her hands affectionately, looked into her eyes, and confessed everything.

– Irina, I have something to tell you: I have set up this whole scheme of exchanging garbage for plums in order to find a good and industrious woman. You are the only one who came to me with a tiny bag because your house is always sparkling clean; there is no accumulated garbage in it and that shows me that you are a worker, you take care of your things and you care about what surrounds you.

– Well, because I have a wonderful son who wants to get married and start a family, but the poor thing works so much that he never has time to meet girls his age. From what you just told me, the same thing happens to you, so I think it wouldn’t be a bad idea for you to meet.

– So do not talk anymore! I invite you to have a snack at my house. It hits me in the nose that you are going to like each other very well!

– Agree! It will do me good to take an afternoon off and make a new friend.

The peasant’s son was pruning some roses at the entrance when he saw his father appear on horseback, accompanied by an unknown but truly beautiful woman. Arriving next to him, they both got off the horse.

– My son, this is Irina, a new friend I want to introduce you to. I’ve invited her to have a snack with us so that you can get to know her and while you’re at it, try the delicious orange cake that your mother prepares. Does that sound good to you?

Neither the young man nor Irina heard what the peasant was saying because the crush was instantaneous and they both remained completely dumbfounded, looking into each other’s eyes, oblivious to the rest of the world.

The peasant noticed and quietly walked away with a smile on his lips. He knew that young people had just fallen in love and all thanks to the curious test of changing plums for garbage.