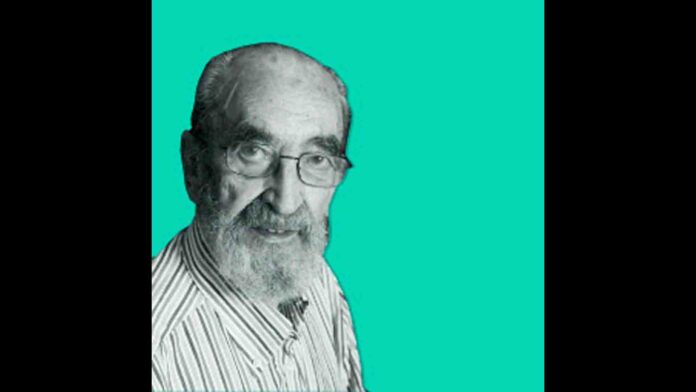 Ángel González was a poet initiated and inspired by a moment of illness. Born in Spain on September 6, 1925, died on January 12, 2008.

His activities as a poet belong to the Generation of 50, and thanks to his work, he won the Queen Sofía Prize for Ibero-American Poetry and the Prince of Asturias Prize for Letters, among others. 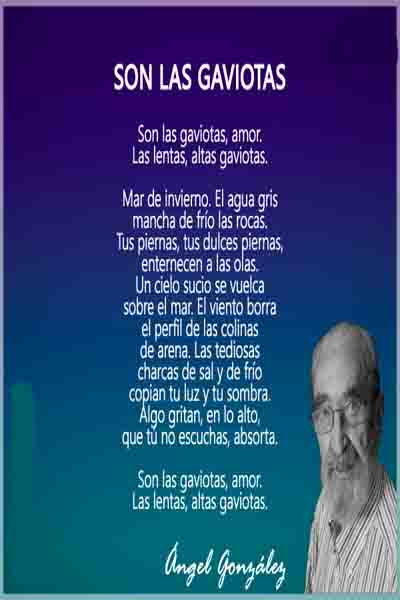 In 1943, in the midst of the afflictions caused by tuberculosis, he became fond of poetry. Falling in love with this way of doing literature, he began to write his first texts, which would be the basis of his fruitful career as a poet. However, during the years after his illness, he studied branches that were somewhat distant from literature.

Later, he began to work as a proofreader for some publishers and became friendly with the group of poets in Barcelona. His first book of poems, Áspero Mundo, was published in 1956, and success began with it. On his return to Madrid he joined the group of writers of the time, which would later be known as the Generation of 50.

The style of the poems of Ángel González

González developed a particular style of poetry that was defined as critical realism , focused on the moment in which Spain was living in the 1950s. It is worth noting that he was one of the emblematic representatives of this form of poetry.

Although this was his forte, that did not prevent him from doing some collaborations with artists who stood out in the field of music. It was a small sample of his artistic versatility and his passion for art in general, which is also a way of understanding how the different types of arts can interconnect with each other.


The way of expressing himself is quite understandable and clear. Elements such as the union of people, freedom of thought and solidarity, are constantly read due to its style. Civilization, love, and the perception of the passage of time are themes that are also frequently seen in González’s poems.

Poetry is a form of writing that transcends the world of literature as it is a mode of expression that focuses on the beauty of everything that surrounds the writer. Even when talking about darker aspects, this way of writing transforms those situations into more sublime, exalted and rhyming passages.

Ángel González is no exception, and since his beginnings he has stood out as one of the best. A good number of his poems were selected for the anthology “Twenty Years of Spanish Poetry”, which compiled texts written between 1939 and 1959 due to the diversity of writers.

Without a doubt, González’s work was of great importance in the world of literature. Since, in addition to the prizes obtained, he was also invited to give lectures at the University of New Mexico, where he taught for a while.