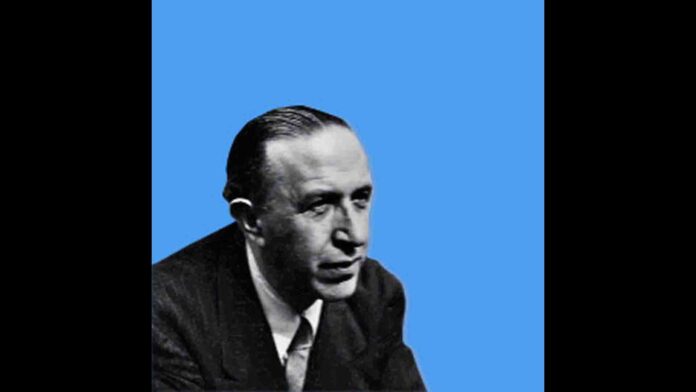 Pedro Salinas Serrano was born in Spain on November 27, 1891 and died in the United States on December 4, 1951. He was a man recognized for his poems and essays, who formed a fundamental part of the Generation of 27 .

The best Poems of Pedro Salinas 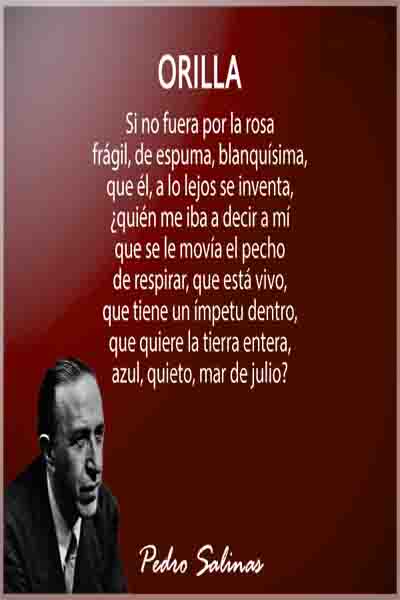 His first years of life were relatively stable, until it was his turn, at the age of six, to suffer the death of his father.

In later years, after moving from home with his mother, he began to study Law, a career that he would quickly abandon to enroll in Philosophy and Letters, a subject in which he ended up obtaining a Doctorate in 1917.

In the magazine “Prometheus” they published his first poems, written in 1911. In the opinion of the writer himself, those poems were “horrible”.

In 1915, while still very young, he married Margarita Bonmatí Botella, and they both went to live in Paris, where Salinas began to read Proust, whose works he later translated. In 1917, the couple returned to Madrid, and in 1923 the writer published his first collection of poems: «Omens».

Poems by Pedro Salinas dedicated to a love

This writer led a busy life due to the functions he performed, but in the midst of all that he met a woman named Katherine Whitmore, with whom he fell in love, and to whom he dedicated a trilogy of poems . The matter caused him strong personal problems with his wife, but Katherine decided to move away from Salinas and married another man.

However, he visited Pedro Salinas shortly before he died, and authorized the publication of the letters he had sent him, some three hundred in all. Katherine only demanded one condition: that they be published twenty years after her death. And so it was, revealing what had been a relationship that had lasted fifteen years under the shadows until Salinas’s wife discovered it.


This poet defined poetry as a way of immersing oneself in reality , as a path towards the totality of being. He argued that three things are needed to create truly heartfelt poems: a genuine love of poetry itself, an ability to appreciate the beauty that lies in all things, and a great deal of ingenuity.

Salinas’s poems are characterized by portraying a fairly strong internal conception, manifested with paradoxes and with the unification of various concepts. His tendency was clearly leaning towards short poems and he made little use of rhyme . This endowed the texts with an apparent simplicity, a characteristic quite far removed from reality.

Pedro ‘s literary beginnings showed a pure poetry, which was formed to give way to what would be future texts focused on love. During this journey he wrote “Omens”, “Sure chance” and “Fable and sign”.

Later, poetry inspired by love began, at a moment in his life that was torn between the beautiful, the dangerous and the improper. This is how he wrote “La voz a ti due”, “Razón de amor” and “Largo lamento”, a poetic triad in which he talks about love from the beginning to the end, and how difficult separations and farewells are.