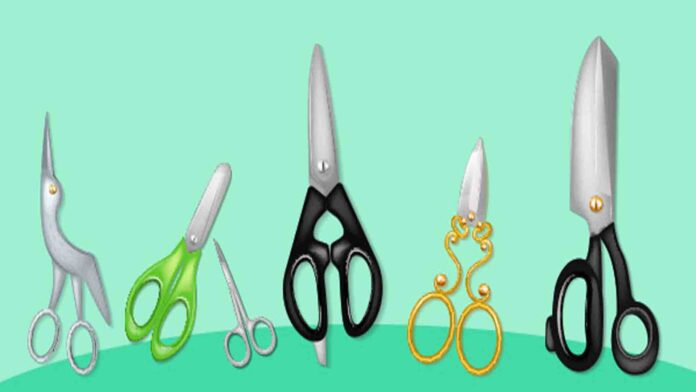 In all houses today we can find scissors stored in a drawer. Almost all of us have used them at some time since it is one of the simplest but most practical inventions of the human being. Scissors are a manual instrument used to cut.

Its mechanism is very basic and, although they all seem the same, this is not exactly the case: its design varies according to its usefulness. No one uses tree pruning shears to cut their hair, right? That is why today the market offers us a wide variety of models: office scissors, scissors with a rounded tip for children’s use, surgeon’s scissors, gardening scissors, hairdressing scissors, special scissors for left-handed people,…


It is a very old invention. It is believed that the first ones were made in Egypt about 3,500 years ago. They were made of iron or bronze and were used, among other things, to cut animal skins. Their appearance was not like the current one, since they consisted of two blades joined at one end by a kind of C-shaped spring and they did not have holes to put the fingers.

The Greeks and Romans also made scissors following this ancient model. The design as we know it now, with the blades joined at the center and two holes, appeared in the 14th century.

During the 16th and 17th centuries, Spanish scissors were the most appreciated throughout Europe for their beauty and quality. Scissors were also sent to America, from the port of Seville.

For about two hundred years, scissors have been made of steel. Today, thanks to technological advances, the quality of steel is very high. Of course, they are no longer manufactured by hand and one by one in small workshops, but in large factories with specialized machinery that allows varied designs and for all tastes and needs.