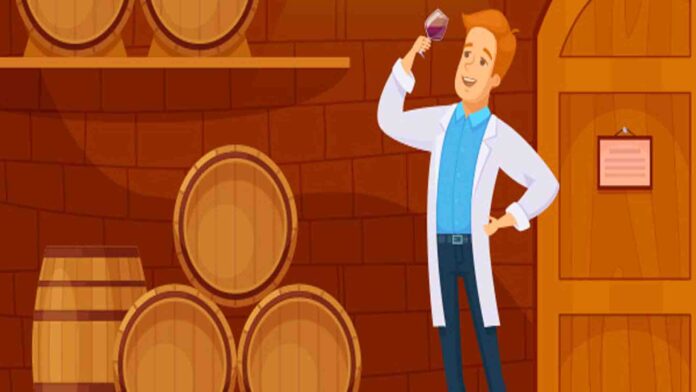 That old, old wine a long stories for kids | English Stories for Kids

It tells a very old story that many years ago there lived a very rich and powerful man who had a life full of privileges; He lived in a huge house surrounded by beautiful gardens, wore the most elegant clothes and tasted delicacies that were not available to almost anyone.


When he stopped to think about everything he owned, he felt full of happiness.

– “I could not be luckier! I have everything a fifty-year-old man could want: a luxurious home, servants who serve me and I pray in abundance to indulge in whatever whim I want. The truth is that I am a lucky guy!”

Yes, he had absolutely everything, but what he was most proud of was the old cellar he had built in the basement of his mansion. There, surrounded by darkness, rested dozens of bottles of wine that for him were a real treasure.

Among all of them there was a very special one, the one that he considered the jewel in the crown for being the oldest and most valuable. She didn’t allow anyone to get close to her and from time to time she went downstairs to check that she was still in her place.

He stared at her, caressed her gently and always thought the same thing:


– “This bottle contains the best wine on the planet and I will only uncork it when someone really important comes to visit me. I refuse to waste this exquisite wine on people who do not deserve it, much less on people who are incapable of appreciating it!”

It turned out that one day a businessman who enjoyed a very good reputation in the city stopped by his house. As she chatted with him in the living room, she thought about going down to the cellar and sharing her most precious bottle with him.

The idea flitted through his head for a few seconds, but he quickly changed his mind and said to himself:

– “No, no, it will be better than not! This gentleman is not important enough to invite him to drink my fabulous reserve wine… I will give him fresh water and holy Easter!”

A couple of months later he received a surprise visit from the president of the government of his country, and of course, he invited him to eat.

When the servants served the succulent roast, the man was assailed by the same thought as before.


– “What an honor to have the president in my house! Maybe I should open my wonderful bottle of wine to go with the meat… Well, no, I’ll save that for another time! His clothes are quite ugly and old-fashioned, so I am afraid that a man with such little taste is not going to enjoy a wine only suitable for refined palates”.

And that was how, once again, he missed the opportunity to taste his excellent wine in good company.

Autumn arrived and one windy afternoon she received a letter from the palace announcing that, in a few hours, she would receive a visit from the prince of the kingdom. Naturally, the idea excited him and made him quite nervous. Everything had to be perfect when the most illustrious man who could set foot in their home arrived. Nothing more and nothing less than the prince!

He called the servants to the sound of the bell and when they were in front of him, he indicated:

– The prince will have lunch here tomorrow. He will present himself at twelve, and both the house and the gardens must be clean and splendid! Of course, I do not want to miss any detail on the table. Put the lace tablecloth, porcelain plates and crystal glasses reserved for banquets!

The man felt his heart beating a thousand miles an hour.

– And please, be careful with the food! We have to offer you the best fresh fish you can find and the most delicious desserts you can prepare. Is that clear?


The servants nodded and hurried off to organize everything as there was no time to lose. He, meanwhile, was left chewing his nails and reflecting on his prized bottle.

– “Would tomorrow be the most appropriate day to serve that wine?… It’s about the prince!… What do I do, do I invite him or not?”.

The doubt that gnawed at him quickly vanished:

– “Bah, no, I refuse! After all, he is not a king or an emperor, but a young prince who is going to drink it in large gulps as if it were cheap wine.

And so it was that the years passed and passed until the man became an old man who died of old age. He had waited so long for the perfect occasion to open his beloved bottle, that he left this world without tasting it.

The news of his death spread like wildfire. As he had been a rich and influential man in life, all his neighbors and employees came to his house to say goodbye.

There was not room for a soul in the dining room! Dozens of people gathered and the servants were forced to go down to the cellar for bottles of wine to serve a few drinks. They took them all, including the bottle of vintage wine that had been so jealously guarded by their lord for more than forty years.

A real pity!…Those who drank it did not even realize that they were drinking a very expensive wine that is unique in the world; for them, wine was simply wine.