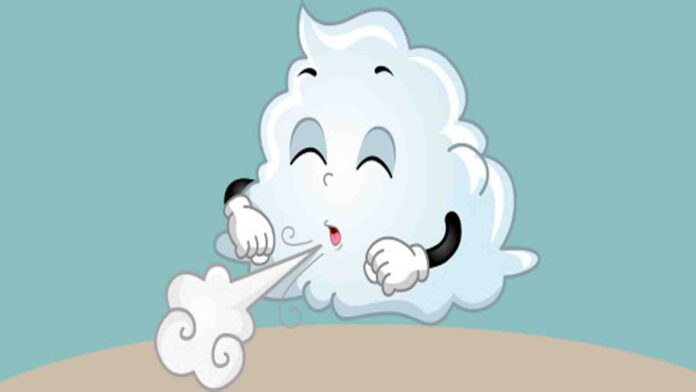 Adaptation of the Scandinavian folk tale

Once upon a time there was a good and hard-working boy who took it upon himself to go to the market every week so that his dear mother did not have to.


One day when I was returning home with full bags, the North Wind began to blow so hard that all the food went flying and ended up no one knows where.

Finding himself empty-handed, he became very angry and made a decision: go to the North Wind’s house to show him his indignation and ask him to return the food he had bought.

The house was very far away and it took him a long time to arrive, but the wind received him with open arms and a friendly smile.

– Tell me what you want from me? You’ve been walking for hours so I imagine it will be something really important.

– I came to ask you to give me back the food I bought this morning. Your blow was so strong that they flew out and I hardly have any money left to do the shopping again.

The wind felt a little embarrassed.


– I’m sorry, you’re right… Sometimes I have a hard time controlling my strength! I promise you that I don’t have your food and it’s impossible for me to give it back, but to make it up to you I’m giving you this white tablecloth.

– A tablecloth? But if the tablecloths are not eaten!

– Hahaha! Don’t worry, it’s a magic tablecloth; When you want to eat, you just have to tell him: “Mantel, serve me delicious delicacies, I’m hungry.” I assure you that he is very obedient!

The boy accepted the apology and left with the tablecloth under his arm.

He still had a long way home, so he stopped at an inn for the night. He entered the room and immediately noticed that his stomach was completely empty and his guts did not stop sounding. Quickly kicking off his shoes to make himself comfortable, he spread out the magic tablecloth in a corner.

As the North Wind explained to him, he said aloud:


The boy put on his boots and didn’t leave even a crumb! He went to bed with a full crop and fell fast asleep, but he didn’t realize that he had left the door of the room ajar and the innkeeper had seen everything from the corridor.

– That tablecloth has to be mine… Right now I’m going to make the switch!

The cunning man looked in a kitchen drawer for an almost identical tablecloth, and taking advantage of the fact that the boy was snoring peacefully, he took the magic tablecloth and left the ordinary cloth one in its place.

The next day, the young man collected his belongings and returned home. Excited, he told his mother:

– Look what I bring mom!

– I see, a white tablecloth… What’s so special about it, son?

– Now you will see, look carefully!

He spread the tablecloth and exclaimed:

Nothing happened and as is logical, the mother stared at the scene totally disconcerted.

– My love, have you gone crazy?… You’re talking to a tablecloth!

The boy did not understand where the fault was. How was it possible that the magic tablecloth did not work if it had worked perfectly the night before?!

Outraged, he rolled up the cloth and went to look at the North Wind again. He walked and walked tirelessly until he stood at her door.

– This tablecloth is useless, it’s just a rag like any other!


– Calm down, friend, everything has a solution. I don’t know what could have happened, but I’ll give you another, even better present to make your disgust pass. Here, this ram is for you.

– Yes, a ram… Isn’t it really cute? Well, I will tell you that in addition to being beautiful, it is magical. When you need money say out loud: “Ram, give me money” It will be like having a bank always at your disposal!

– It’s fine! I hope I don’t have any problems this time. Thank you and forever.

The young man set out on his way back, leading the ram on a rope as if it were a puppy. He stopped at the inn again, intending to spend the night, but before going to sleep, he tested to see if the ram was indeed magical.

Looking into his eyes, he ordered:

He was amazed! Out of the ram’s mouth came the ten brightest gold coins I had ever seen!

– My goodness, this is incredible!… This ram is a real bargain! How happy my mother will be when she sees it!

He lay down on the bed and gave the animal a place at his feet so that he too could rest.

Unfortunately, he didn’t notice this time either that he hadn’t closed the door all the way and the greedy innkeeper had been watching him the entire time. As soon as he fell asleep, the ruffian sneaked in and stole the animal, leaving another one just like it on the mattress.

The next day the young man and the false magical ram arrived home.

– Mommy, mommy, look what the north wind has given me!

– Right now you are going to check it!… Ram, give me money.

The ram did not flinch and continued sniffing everything with indifference. The boy repeated the phrase louder in case he was a little deaf.

The ram turned to him showing that he was not deaf, but did not drop a single coin.

– It’s not possible!… But last night he gave me ten gold coins! I’m off to complain to the north wind!

He was so annoyed that when the wind received him he did not walk with contemplations.

– I’m pissed! This ram is no use to me either! I don’t understand what the hell is going on but I assure you my patience is at an end.

– Wow, sorry, friend! I will give you another gift that I hope will not disappoint you. Take this stick, it’s the last thing I have left. It’s not an ordinary stick, you’ll see. If you tell him “Hit, stick!”, he will do it. I think it will be very useful for you, trust me.

The boy reluctantly took it and left unconvinced of its value.

– “A stick that hits! Why would I need something like that?”

He arrived at the usual inn to stay for the night, and seeing the happy face that the innkeeper put when he saw him enter, he realized what had happened.

– “Of course, I understand! This guy was the one who stole both gifts from me and that’s why he’s so happy to see me. He’s going to find out, he’s very smart!”

He went into the room, put the stick next to the pillow and went to bed. Then he closed his eyes and pretended to snore so the innkeeper would think he was fast asleep. After a few minutes, the man entered, took the cane and just as he was going to leave the boy shouted:

The stick suddenly came to life and began hitting the innkeeper in the legs, who fled down the stairs in terror. It was of no use to him, because the cane chased him mercilessly.

– Oh, oh, what pain! Please tell him to stop, he’s breaking my bones!

– I’ll tell him if you give me back the tablecloth and the ram, you cheap thief!

The stick returned to his right hand like a trained falcon, and the innkeeper, very reluctantly, handed over the tablecloth and the ram to their true owner.

The boy returned home happy and with not one but three invaluable gifts: a tablecloth to have delicious food at any time, a ram that would give him gold coins when he asked for them and a cane to take weapons that would defend him the rest. of their life.

From that day on, he and his mother were very happy thanks to the generous north wind that, although it blew too strongly at times, knew how to apologize and compensate for its blunders.