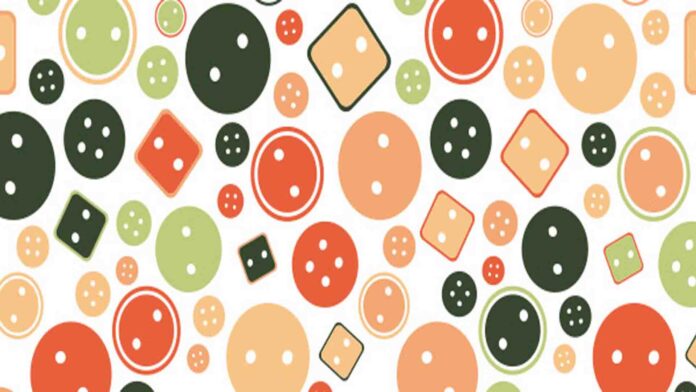 Many of the clothes you wear have small pieces called buttons sewn on, right? Surely you have seen them in many different colors, shapes and materials, such as plastic, resin, metal, or wood. The variety is enormous and there are buttons for all tastes!

If you look closely you will see that, although they are simple objects, they fulfill a very important function: adjusting clothes (pants, skirts, coats, jackets, shirts…) to our body.

Buttons have been with us for a long time. The oldest known are 4,000 years old and appeared in archaeological excavations in a valley in India. They are made with mollusk shells that were shaped and then holes were made to sew them to the fabric. Its appearance is very similar to the ones we use today, but back then, they were only used to decorate clothing.


The richest and most powerful ancient Greeks and Romans loved buttons made from valuable materials such as ivory or precious stones. With them they embellished their robes, and incidentally, they boasted of wealth and power.

Buttons served for a long time to adorn clothes, but in the 13th century something was invented that changed everything: the buttonhole.

Although it seems silly, the fact of being able to hook the buttons in that small opening was a very important advance, do you know why? Well, because people stopped wearing tunics and began to wear tight clothes thanks to the fact that they could now button and unbutton them. From then on, the button became not only a decorative piece, but also very useful and essential in the world of fashion.

If you want to see buttons of all kinds, you can go to a haberdashery, because that is where they are sold along with other sewing products.