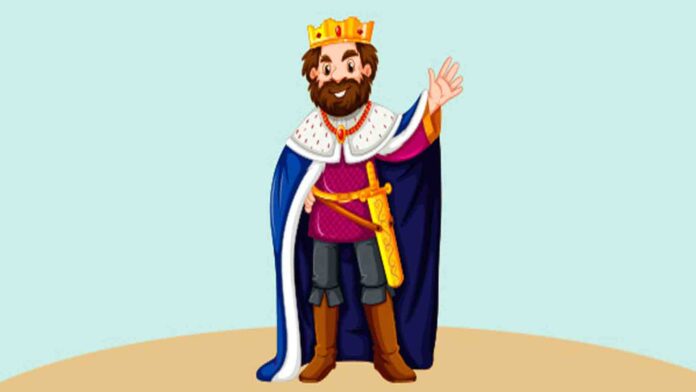 Adaptation of the Tibetan folk tale

Many years ago, in a small but very prosperous kingdom, a just and kind king ruled who was well loved by his people. The monarch was very proud that things were going well in his territory, but there was one issue that constantly worried him: he was aware that his character was too trusting and he was overwhelmed by the thought that at any moment a heartless person could appear who would take advantage of his goodness.


One day at dinner he said to his wife:

– I consider myself a good person and I am afraid that someone will betray me. What can I do, my love, to solve this issue that overwhelms me so much?

– Dear, if you feel insecure, let someone help you and advise you in difficult situations.

– You’re right! I already know what I will do: I will appoint a counselor to notify me when someone tries to play a trick on me. He will be my best collaborator and friend!

– Yes, but I have to be careful when choosing the right person. He must be the smartest man in the kingdom so that no one can fool him either.

Saying this, the king left the dining room and assembled fifty royal messengers in the throne room.

– I have sent for you because I want you to go through all the cities, towns and villages announcing to my subjects that I am looking for the most intelligent person in the kingdom. Among all those who come to my call I will choose my future adviser, my man of confidence. Tell them that I, the king, await them in this very room in a week.

There was no time to lose! All the messengers mounted their horses and spread the news to the most remote places. Seven days later, dozens of candidates gathered around the monarch wanting to hear what he had to say.


There were applicants for all tastes: young, old, merchants, doctors, goldsmiths, fishermen… All very excited to get such an important position.

The king, seated on his golden throne, spoke to them in a loud and firm voice:

– I imagine that each of you are really intelligent people, but as you know, I can only keep one. Whoever manages to overcome the challenge that I am going to pose will be named a royal advisor.

The silence in the room was such that the buzzing of a fly could be heard. The king continued with his speech.


For a couple of hours the candidates for the position, using all possible tricks, tried to persuade the king. None managed to raise their royal buttocks from the throne.

When it seemed that the king’s defiance had come to nothing, a timid boy who had not yet said a word appeared from the shadows and approached him.

– I introduce myself, Highness. My name is Yeshi.

– I want to ask you a question: Do you think someone can force you through the door and out of this room?

The king was stunned.

– How is someone going to force me out of here?! I am the king and no one rules over me!

To his surprise and that of all those gathered there, Yeshi replied with absolute calm:

The king clenched his fists trying to contain his rage, but his curiosity was so powerful that he continued to listen to the boy’s reasoning.

Yeshi pointed to the entrance door to the hall.

– Sir, now imagine that you and I are already out of this room. What would you give me if I can convince you to come back in?

The king answered without thinking well about the consequences:

– I would make you my adviser!

Yeshi, with a smile, encouraged him:

The king, thinking that the challenge was very easy because he was very clear that no one was going to force him to enter the room if he did not want to, accepted the young man’s proposal and jumped up to go out the door.

As soon as he took three steps, he caught Yeshi’s clever move. He stopped short, turned to the boy and winked at him and said:

– You are certainly very smart! You have managed to divert my attention so that I, without realizing it, would rise from the throne. You have overcome the challenge and if anyone deserves the position, it is you! From now on you will live in the palace and help me day and night as a counselor and a good friend.

Yeshi was greatly honored and received a loud round of applause in recognition of his sagacity.