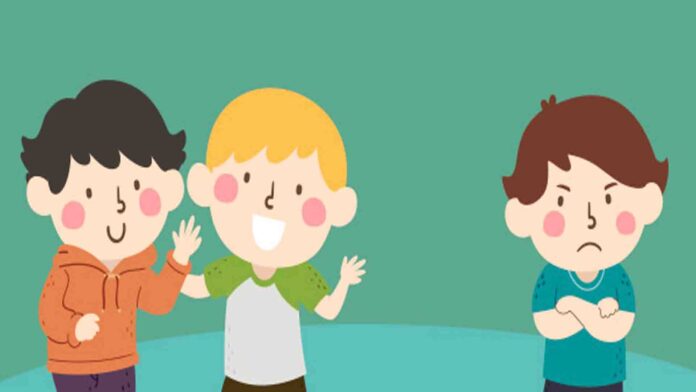 The envious a long stories for kids | Long Stories in English

Adaptation of the fable by Juan Eugenio Hartzenbusch

A young man named Alfonso lived in a beautiful house with white walls and a red roof, located on the outskirts of the city. The house was surrounded by flowery gardens, resounding water fountains, and a huge orchard thanks to which he enjoyed vegetables of excellent quality all year round.


Alfonso was a privileged guy who had everything, but curiously he felt frustrated for not having been able to fulfill one of his great dreams: to fill his property with fruit trees. For months he had tried to cultivate different species using all possible techniques, but for some strange reason the seeds did not germinate, and if they did, after a few weeks the plants withered. Over time, the fact of not having a single lemon tree gave him a sense of failure that he could not control.

Alfonso’s orchard was delimited by a stone wall behind which Manuel, his neighbor and lifelong friend, lived. He also had a very cute house and a piece of land where he grew a lot of farm products. It could be said that both properties were very similar except for one ‘small detail’: Manuel had a beautiful specimen of an apple tree that aroused ugly feelings of rage and jealousy in Alfonso.


– What a nuisance! Manuel has the most impressive apple tree I have ever seen. If the quality of our land is the same and we irrigate with water from the same well, why don’t the seeds prosper in my garden and in yours?… It’s unfair!

As far as it being impressive, Alfonso was absolutely right. The tree was over fifty feet tall and so thick that its oval green leaves cast magnificent shade in summer. Now, the most beautiful thing was to see it covered with flowers in spring and full of fruits in the summer months. If all the apples in the region were fantastic, those from that apple tree were unparalleled: once ripe they were so large, so yellow, and so sweet, that everyone who tasted them considered them a true delicacy of the gods.

Fortunately, Manuel owned a work of art from nature, but his friend Alfonso, instead of being happy for him, began to feel a deep bitterness settle in the depths of his heart. So strong and corrosive was that emotion, that in a fit of envy he decided to destroy the wonderful tree.


– So far we have come! I will pollute the land where that damn apple tree grows. Yes, that’s what I’ll do: I’ll throw so much dirt on it that the roots will weaken and that will cause the trunk to slowly destroy itself until it collapses. Manuel is so innocent that he will never know that I was the one who killed him!

So, one summer night, when except for the singing crickets everyone was asleep, he slipped into the shadows, climbed the wall carrying a sack full of rubbish, crept up to the tree and emptied everything into its base. . Committed the misdeed returned home, got into bed and slept soundly without feeling any kind of remorse.

From that moment on, Alfonso’s life focused on one thing: getting his friend’s splendid tree down. The plan was petty, miserable beyond measure, but he took it as something he had to do at all costs and gave it no further thought. Every evening he collected waste such as the potato skins, the bones of the fish he cooked, the poop that the chickens scattered everywhere… Everything ended up in the sack! When night came, as if it were a ritual, he would jump over the wall and throw the stinking offal at the foot of the tree.

Back home, he would go to bed with a smile drawn on his face. Sometimes the nerves prevented him from sleeping and he stayed awake for hours, gloating over his Machiavellian goal:

– The death of that detestable apple tree is very close. It will be great to see how it rots and gets eaten by termites. Heh heh heh!

How wrong was the envious Alfonso! When conceiving his macabre project, he overlooked the fact that every time he threw food scraps or excrement on the ground, he was fertilizing it, so the result of his action was that the tree neither rotted nor dried up, but on the contrary, he grew up even healthier, stronger, haughtier. In a few weeks it reached a size never seen before for a specimen of its species, its branches became extremely robust, and the most incredible thing, it began to bear gigantic apples like watermelons. Its owner, aware that they were unique in the world, was able to sell them at a price of gold and became rich.

For years and despite the evidence, Alfonso continued to commit the stupidity of throwing waste on the roots of the apple tree. The goofball was still convinced that one day he would see it disappear! As you can imagine, he never achieved his purpose and his friend Manuel lived better and better.

Moral: Envy is a feeling that corrodes inside and does not let us be happy. Remember that it is much nicer to rejoice in the good luck of those around us and share their happiness with them.