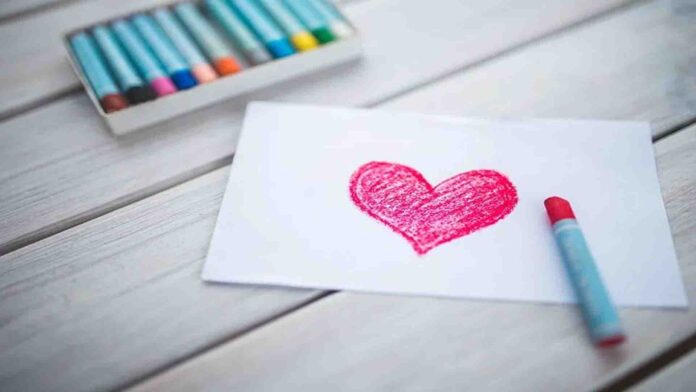 He climbed the steps of the plane’s ladder, thinking that this would be the last moment he was on dry land for the next eight hours. From the perspective offered by the last step, I looked once more at the terminal, the runways, the passengers getting on the mini-buses and the strollers full of suitcases, moving gracefully in all directions.


After walking through the narrow front door of the aircraft, a smile at a glued flight attendant, he invited me in after saying good morning. I took a magazine and a couple of candies and waited several seconds in the aisle, as several people jammed it, preventing me from reaching my seat.

Once I got it, I left my handbag in the upper compartment and, annoyed, I verified that there was someone in the window seat, mine.

The intruder, or rather the intruder, was a young girl with straight blond hair, wearing a red shirt, white knee-length skirt, and a pair of sandals. Her face was pale and tense, her knees were shaking nervously.


Before she could say anything, she turned abruptly when she was looked at by me:
‘Hello, this is your place, right? Sorry, but you see, would you mind changing the site? It is that it is the first time that I fly, I mean, that I am going in a plane and I am a little scared, does it show me a little, right? He he. Well then, if you don’t mind then I’d like to sit at the window to see what’s going on outside and be more calm, don’t you mind right? ‘

I replied with a terse ‘ ok ‘, accompanied by a slight movement of the shoulders, and took my new seat.

‘Thank you, really, is that if not … well, is it your first time to fly too? I guess not right?

‘ No, I fly quite a bit ‘, I replied without turning my head and prayed inwardly for the plane to take off for a damn time.

‘Oh of course, I already said that I saw you very calm, because I’m uff… also…’

At that moment I stopped paying attention to what he was saying and I noticed the choreography that the flight attendant did, indicating the emergency exits and how to put on a life jacket of doubtful use at 30,000 feet, or so I thought.


The sudden increase in noise and engine vibrations, followed by the first movement of the plane managed to silence my seatmate, who instead of words used my arm to channel her nervousness, clinging to him tightly, while I felt how my patience leaked with every breath.

After takeoff and finally released my arm from its restraint, I got up to go to the bathroom just at the moment in which she began to exercise her tongue again. I prolonged my absence as long as I could, until several knocks on the door urged me to leave the toilet.

Upon returning, she was looking out the window with her eyes fixed on the infinite sky, listening to music with her headphones; He didn’t even flinch when I took my seat again. Puzzled and relieved, I pulled out a book and began to read, until my reading was mixed between dreams.

I woke up a couple of hours later or so it seemed to me. The first glance was slowly to the right, where a silent sob accompanied the tears of my companion, shrunken and breathing rapidly. Sitting up, worried, I asked him the reason for his distress.

‘It’s that while you were sleeping, there has been some horrible turbulence and I’m scared to death, but as before I noticed that you were upset, because I didn’t want to wake you up.’

A feeling of guilt and pity invaded my mind and without knowing very well what to say, I apologized and tried to reassure her by telling her between jokes and nonsense the fictitious story of my first flight and how despite all kinds of unimaginable unforeseen events, the plane ended up on the ground. with all its passengers safe. While I was telling him my story, I noticed how he calmed down and even showed a beautiful smile with some of my antics …

I guess by now you’ve got an idea of ​​how it’s going to end.
If this story were dramatic it would have had a tragic end, the turbulence would have been due to a storm and lightning would have damaged an engine, causing an emergency landing in the middle of the ocean and the two protagonists would have died sadly, drowning with them a feeling that was beginning to grow.

If, instead, it were a romantic story, the rest of the trip would have been a progressively intimate conversation in which the two protagonists had begun to know each other and to perceive a certain empathy and attraction, which would have ended with a telephone exchange and who knows if They would have met in the future to formalize a relationship and fly to Paris together, without her being afraid again.

But since it is neither, what happened is that, once I managed to comfort the girl, I turned around and continued the reading that I had interrupted. And although she tried several times to start a conversation, my monosyllabic responses closed off any possibility.

In the end, the plane landed without further incident and each one continued on his way without saying anything other than an insipid ‘ goodbye ‘ upon leaving the plane.

«This is the way you left me, I’m not pretending.
No hope, no love, no glory, no happy ending.
This is the way that we love, like it’s forever,
then live the rest of our life, but not together »