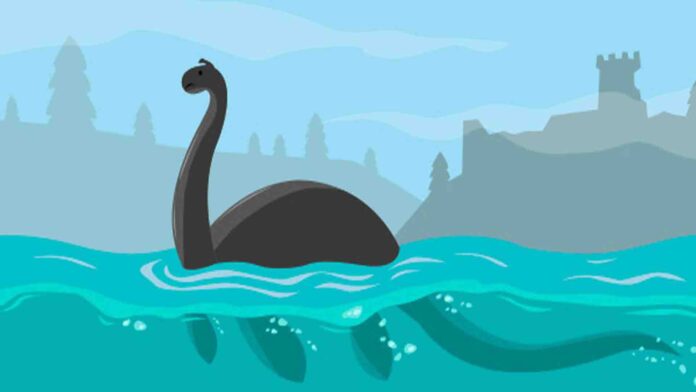 The lake monster a horror stories for kids

Once upon a time there was a beautiful girl named Untombina, daughter of the king of an African tribe. A few kilometers from his home there was a lake that was very famous throughout the region because a terrible monster was hiding in it, which, according to what was said, devoured everyone who wandered there.

No one, day or night, dared to approach many meters around that place. On the other hand, Untombina, brave and curious by nature, was eager to know the appearance of that monster that scared people so much.


One year autumn came and with it so many rains that the entire region was flooded. Many homes collapsed and crops were swallowed up by the waters. The young Untombina thought that perhaps the monster would have a solution to such misfortune and asked her parents permission to go talk to him. Terrified, they not only refused, but strictly forbade him to leave the house.

But there was no way; Utombina, in addition to being brave, was stubborn and determined, so she gathered all the girls in town and together they set out in search of the monster. The king’s daughter led the procession at a brisk pace, and just as the sun was highest in the sky, the group of girls reached the lake.

On the surface everything was very quiet and the place seemed charming to them. You breathed pure air and the transparent water revealed the bottom of stones and white sand. The walk had been hard and the heat intense, so they wanted nothing more than to take a good dip. Laughing, they stripped off their clothes, sandals, and jewelry, and dove on their head. For a long time, they swam, dived, and played splash each other. They were so entertained that they did not realize that the monster had sneakily approached the shore from the other side and stole all their belongings.


When the first of the girls came out of the water to get dressed, she couldn’t find her clothes and told all the others what had happened. Very scared they began to scream and wonder what they could do. They could not return to town naked!

They approached the lake and, in line, began to call out to the monster. Between tears, they begged him to return their clothes. All except Utombina, who, as the king’s daughter, refused to humble herself and beg for nothing at all.

The monster listened to the requests and, poking its head out, began to spit out garments, rings and bracelets, which the girls quickly picked up. He returned everything he had stolen except the things of the proud Utombina. The girls wanted to go back, but she still refused to beg and froze, on the shore, staring out at the lake. His attitude managed to anger the monster who, in a fit of anger, unexpectedly came out of the lake and swallowed it in one bite.

All the young girls screamed again in panic and ran into town to tell the king what had happened. Shattered by grief, he decided to act: he recruited his army and sent it to the lake to destroy the horrible being that had eaten his child.


When the soldiers arrived armed to the teeth, the monster realized their intentions and became even more enraged. With slaps, he began to catch men two by two and eat them without giving them time to flee. A skinny and very clever one slipped from its clutches, but the monster pursued him relentlessly until, coincidentally, he reached the king’s house. By then, from eating so much, his body had transformed into a huge ball that seemed about to explode.

The monarch, very skilled with the handling of weapons, suspected that his daughter and the soldiers might still be alive inside the huge belly, and without hesitation for a second, he began to shoot arrows at her navel. He made so many holes in it that it looked like a colander. Through the largest, all the men who had been swallowed by the beast came out one by one. The last to appear before his eyes, safe and sound, was his precious daughter.

The evil monster stopped breathing and everyone thanked Utombina for her bravery. Thanks to their pride and stubbornness, they had managed to end him forever.