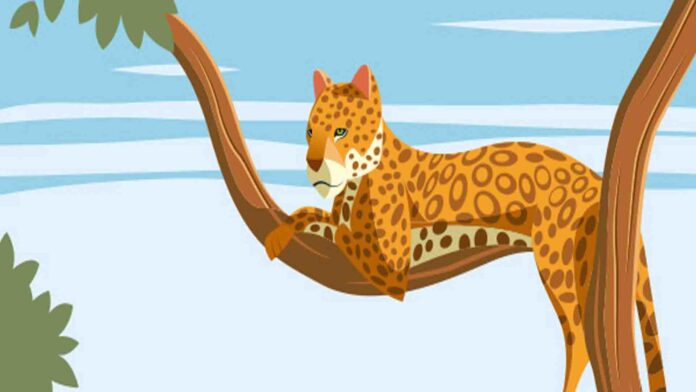 The leopard is a beautiful animal that belongs to the family of big cats. His fur is yellow dotted with black spots. When his hair is completely dark, he is known as a panther.

Leopards are capable of living in very different places, such as in the forests, in the mountains, in almost desert areas… They adapt to almost everything!

They are very strong, agile and flexible animals. They spend much of their time in trees. There they not only rest, but from above they watch their possible prey and jump on them in the blink of an eye as soon as they have the opportunity. They usually hunt in the dark of night.


The leopard feeds on monkeys, rabbits, deer and many other animals, both large and small. Its legs are very robust and it has such powerful jaws that it is capable of holding its prey with them and transporting them to the branches of the tree with its mouth. Up there he keeps food for days making sure it is safe and no one steals his loot.

It is such an intelligent animal and its hunting system is so perfected that it is capable of pretending to be asleep so that other more innocent and curious animals approach and jump on them when they are next to them. It is also a good swimmer and can even catch fish.

Some people confuse the leopard with the cheetah because of their similar spotted fur, but they are different animals. The leopard is bigger but the cheetah is faster.