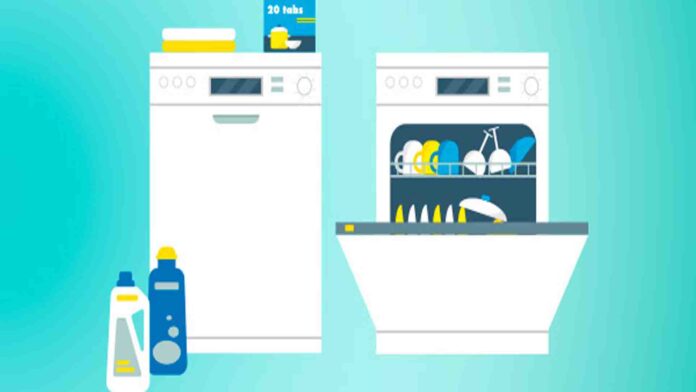 Doing housework is a rather tiresome job that most of us reluctantly accept. Despite this, we must recognize that, thanks to the fact that we live in the 21st century, we have the help of devices called household appliances that make our lives much easier.

One of the most common in our homes is the dishwasher or dishwasher. Its function is to wash and dry the plates, glasses, trays, cutlery and other kitchen utensils.


We owe this brilliant invention to an American woman named Josephine Cochrane (Ohio, 1839 – Chicago, 1913). Contrary to what you might imagine, she was not a scientist or an engineer, but an elegant lady who was married to a businessman who was also a politician.

Josephine lived surrounded by comforts. Needless to say, she didn’t touch a broom or scrub anything because she could afford to have service personnel at her home. So why did you invent the dishwasher? The reason will surprise you!

It turns out that the lady organized meals at her house attended by very important and distinguished people of high society. Those days he wanted everything to be perfect to receive his guests, and among other things, he ordered his servants to put on the table luxurious, expensive and old Chinese porcelain tableware that he had reserved for special occasions.

The problem came when it came to washing the dishes because they were so delicate that, when handling them in the kitchen, one always broke. The good woman was very upset because they were irreplaceable pieces. Fed up with the situation, she began to think of a system that could wash them without damaging them.

It was the year 1886 when, after thinking about it a lot, he designed a very original contraption. It was a copper boiler with a wheel that moved thanks to a small motor. Above the wheel were compartments where plates, glasses and cups were placed. This entire system rotated, and while it did so, soapy, hot pressurized water entered through tubes that cleaned the dirt without the need to rub or manipulate the dishes.


Josephine had just become the inventor of a great gadget: The ‘Cochrane Dishwasher’. Wanting to show it to the whole world, he presented it at the World’s Fair in Chicago in 1893 and won the Best Invention Award. What’s more, the idea was so popular that he was encouraged to set up a company to manufacture the first dishwashers on the market.

At first, these innovative devices were not successful among housewives, but rather among restaurant and hotel owners, who bought them to install in their businesses.

It was many decades later, in the 1960s and 1970s, that this handy invention was perfected and became an almost essential item in homes around the world. Unfortunately, Josephine did not live to see it.