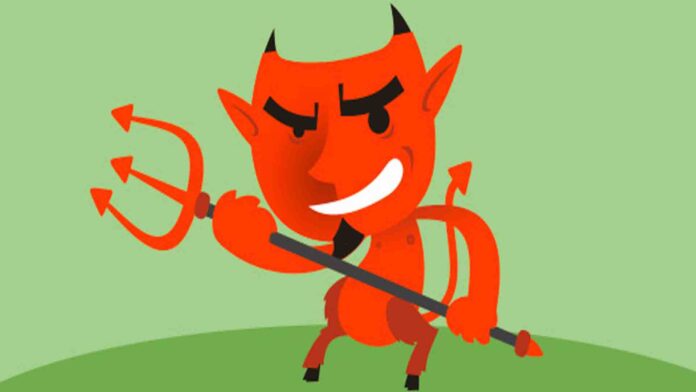 Once upon a time there was a peasant famous in the place for being a very smart and witty boy. He was so clever that one day he managed to outwit a devil. Do you want to know the story?


They say that one day, while he was working the land, the young peasant found an imp sitting on some embers.

– What are you doing there? Are you resting on the fire? – He asked curiously.

– Not exactly – replied the devil with a certain bravado – Actually, under this campfire I have hidden a great treasure. I have a chest full of jewels and precious stones and I don’t want anyone to discover them.

– A treasure? – The farmer’s eyes widened – Then it’s mine, because this land belongs to me and everything here belongs to me.

The little demon was amazed at the ease that this youngster had. He wouldn’t let himself be scared even by a devil! Since he knew that deep down the boy was right, he proposed an agreement.

– Yours will be the treasure, but on the condition that you give me half of your harvest for two years. Where I live there are neither vegetables nor greens and the truth is that I am looking forward to bingeing on them because I love them.

The young man, who was smarter than anyone, accepted the deal but made one condition.

The imp agreed and they signed the agreement with a handshake. Afterwards, each one went to his own. The farmer planted beets, which, as we all know, is a root, and when it was time to harvest, the devil appeared there.

– I’m here to get my share – he said to the boy, who was sweatily picking hundreds of beets from the ground.


– Oh, no, I can’t give you anything! We agreed that you would take what grew from the ground up, and this year I have only planted beets, which, as you yourself are seeing, are born and grow downwards, inside the earth.

The devil got angry and wanted to change the terms of the agreement.

– It’s fine! – he grunted – Next time it will be the other way around: you will be the one to keep what sprouts above the ground and I will keep what grows downwards.

And saying this, he left grumbling. After a while the peasant returned to the task of sowing and this time he changed the beets for wheat seeds. Months later, it was time to harvest the grain from the golden ears. When the devil reappeared ready to take what was his, he saw that the peasant had given it to him again with cheese.

– This time I’ve planted wheat, so everything will be for me – said the boy – As you can see, wheat grows on the ground, upwards, so get out because I’m not going to give you anything at all.


The devil flew into a rage and kicked the ground foaming at the mouth, but he had to keep his word because a deal is a deal and it can never be broken. He left there cursing and the smart peasant, dying of laughter, went to look for his treasure.