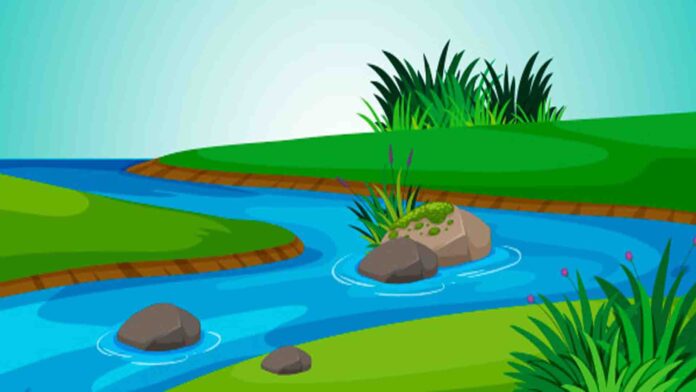 The rivers Reading for Grade 5th and Grade 6th

Rivers are natural streams of fresh water that are continuously flowing. Most rivers start high in the mountains and form when rainwater, springs, ice, and snow accumulate.


The course of a river is divided into three sections:

The upper course corresponds to the part where the river is born, called headwaters, and the first kilometers. As it is usually in the mountains, it is a very steep area in which the waters go down at great speed and with great force. This causes the river to remove materials from its passage (rocks, sand…).

When the river leaves the top of the mountain behind, the middle course begins. Here the slope is gentler, so the water flows at a slower speed and with less force. In this section, it transports the materials removed in the upper course. These materials are called sediments.

The lower course, the last part of the river, is the flattest area. The waters continue on their way more slowly and with less force, which is why many sediments are deposited at the bottom. The river ends its course in another river or in the sea, and pours its waters there. This end point is called the mouth.

The amount of water a river carries is called its flow. If one has a lot of water, it is said to be a very mighty river.


Also, rivers can be short or very long. The longest in the world is in South America, it is called the Amazon, and it crosses several countries thanks to its 7,000 kilometers in length. The Amazon also holds the record for being the largest river in the world, that is, the one that contains the most water.