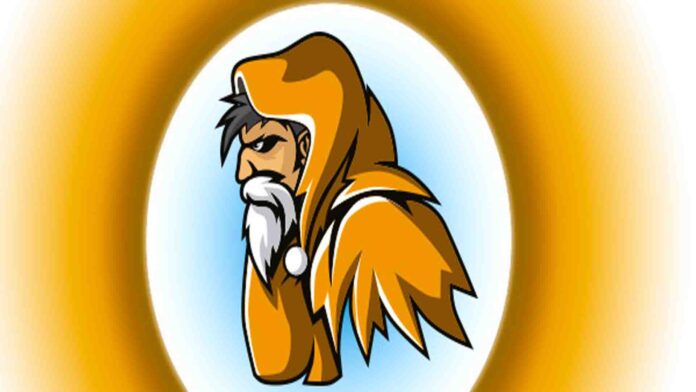 The secret of King Maon a Horror stories for Kids

To the east of Ireland, in a province called Leinster, a monarch named Maon reigned many years ago. This king had a rarity that everyone knew and that nobody could find an explanation for: he always wore a hood that covered his head and he only allowed himself to cut his hair once a year. To decide who would have the honor of being his hairdresser for one day, he held a public lottery among all his subjects.

The really strange thing about all this was that whoever was graceful fulfilled their task but never returned home afterwards. As if the earth had swallowed him up, no one ever heard from him again because King Maon made him disappear. Logically, when the election date approached, all the neighbors felt that their fate depended on a cursed and unfair game and they began to tremble


But why was the king doing this? … The reason, which nobody knew, was that he had horrible ears, big and pointed like those of a forest elf, and he couldn’t bear it if nobody knew. It was his best kept secret! So to make sure that word didn’t get out and everyone found out, every year someone from his kingdom cut her hair and then locked her in a dungeon for life.

Once the unfortunate winner of the draw was a young lumberjack named Liam who, against his will, was led to a secluded place in the palace where the king was waiting for him.

Liam watched the king slowly remove his hood and knew instantly that he had discovered the king’s famous secret. He felt a terrible panic and a desire to escape, but he had no choice but to fulfill the royal mandate. Scared, he took the scissors and began to trim the ends and bangs.

When he finished, the king put his hood back on. Liam, fearing the worst, knelt before him and crying like a child begged him:

– Your Majesty, I beg you, let me go! I have an elderly mother that I must take care of. If I don’t return, who will attend to her? Who is going to work to bring the money home?

– You already know that I can’t let you go free because now you know my secret!

– Sir, please, I swear I will never tell anyone! Believe me, I am a man of my word!


To the king he seemed a sincere boy and felt sorry for him.

– Okay, okay, stop whining! This time I’m going to make an exception and let you go, but you’d better never tell anyone about my ears or there will be no place in the world where you can hide. I warn you: I will go for you and the punishment you will receive will be terrible, understood?

The young peasant had just been the first in many years to save his skin after seeing the king’s hideous ears. Relieved, he returned home ready to resume his quiet life as a lumberjack.

The first few days he felt completely happy and fortunate because the king had freed him, but as time went by he began to feel ill because it was unbearable for him to have to keep such an important secret! The idea of ​​not being able to tell even his mother tortured!

Little by little the secret became an obsession that occupied his thoughts 24 hours a day. This affected his mind and body so much that he became weak, and he withered like a plant that no one waters. One morning he couldn’t take it anymore and fainted.

His mother had seen something strange happening to her son for a while, but the day he lost his strength and collapsed on the bed, she knew that he had fallen seriously ill. Desperate, she went to find the druid, the wisest man in the village, to give her a remedy to heal him.

The man walked her into the house and saw Liam completely still and drenched in sweat. Immediately the diagnosis was very clear:

– Your son’s problem is that he keeps a very important secret that he cannot tell and that responsibility is ending his life. Only if you tell someone can you be saved.

The poor woman was speechless. She would never have imagined that her beloved son was so ill because of a secret!

– Believe me ma’am, it is the only solution and you must hurry.

After saying this, the druid approached the trembling and pale Liam and spoke slowly into his ear so that he could understand his words well.


– Listen to me, boy, I’ll tell you what to do if you want to get well: put on a cape to avoid getting cold and go to the forest. Once there, find the place where four paths intersect and take the one on the right. You will find a huge willow tree and you will tell him the secret. The tree has no mouth and it will not be able to tell anyone, but at least you will have gotten rid of it once and for all.

The boy obeyed. Although he was very weak, he went to the forest, found the willow tree and, approaching the trunk, he quietly told him his secret. Suddenly, something changed: the fever disappeared, he stopped shivering, and he regained the color in his cheeks and the strength of his muscles. He had healed!

It so happened that a few weeks later, a musician looking for wood in the forest saw the huge willow tree and it caught his eye.

– Oh, what an impressive tree! The wood from its trunk is perfect for making a harp… I’m going to cut it down right now!

He did so. With a very sharp ax he cut down the log and carried the wood back to his workshop. There, with his own hands, he made the harp with the most beautiful sound in the universe and then went to visit the surrounding villages to delight anyone who wanted to listen to him with his music. The melodies were so beautiful that it quickly became famous throughout the province.

Of course, the musical prowess of the harp player reached the ears of the king, who one day told his adviser:

– Tonight I will give a banquet for five hundred people and I order you to find that musician that everyone talks about. I want him to play the harp after dessert so there’s no time to waste. Go get him right now!

The counselor obeyed and the harpist appeared at court in his best clothes. At the end of the meal, the monarch gave him permission to start playing. The musician stood in the center of the room, and with great finesse placed his hands on the strings of his wonderful instrument.

But something unexpected happened: the harp, made of willow wood that knew the king’s secret, could not contain himself and instead of emitting musical notes he spoke to the spectators:

King Maon was stunned and turned red as a tomato from the great shame that invaded him, but when he saw that no one was laughing at him, he thought there was no point in hiding any longer.

Most dignifiedly, as befits a monarch, he rose from the throne and removed his hood for all to see his ugly ears. The five hundred guests rose to their feet and thanked her for her bravery with thunderous applause.

King Maon felt immensely liberated and happy. From that day on, he stopped wearing a hood and never again punished anyone for cutting his hair.