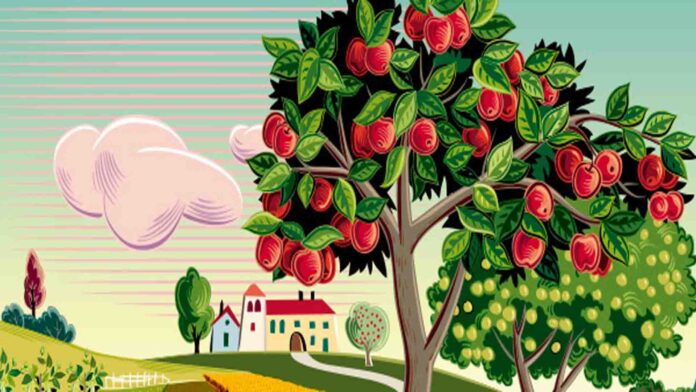 A scammer tricked three princesses into burying three chests with what they most wanted. The scammer promised them that over the years the items in the chests would grow.

Matilda, the princess of the pink palace, buried a chest full of green diamonds in the hope that they would grow.


Lorena, the princess of the blue palace, buried her favorite doll hoping that it would grow at the same speed as her.

Concha, the princess of the green palace, buried a chest full of seeds.

When the princesses grew up they went to see their chests. Matilde screamed when she saw that the scammer had stolen the diamonds. Lorena cried when she saw that her doll had not grown and was damaged by the rains. For her part, Concha was happy to find a beautiful tree that gave fruit with which to feed the citizens of her kingdom.