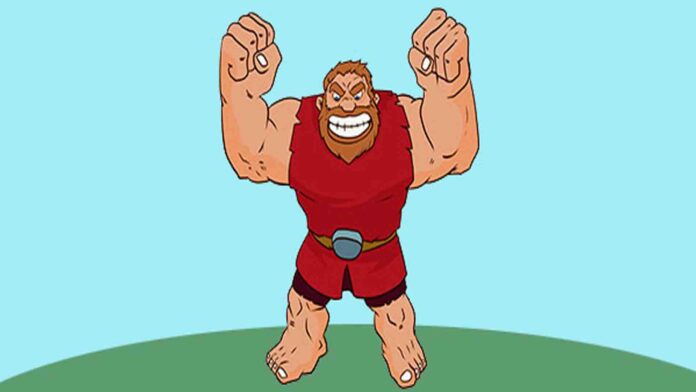 Fragment of the Selfish Giant, by Oscar Wilde.

– I think that, finally, spring has come – said the giant; and jumping out of bed he looked outside. What did you see?

He saw a wonderful spectacle. Through a breach in the wall the children had entered the garden, had climbed the trees and were sitting on their branches. In every tree within sight, there was a boy. And the trees were so happy to have the children with them again, that they had covered themselves with flowers and gently waved their arms over the little ones’ heads.


The birds fluttered and chattered with delight, and the flowers laughed, raising their heads above the grass. It was a lovely scene. Only in one corner was it still winter. It was the farthest corner of the garden, and there was a very small boy. So small was he that he could not reach the branches of the tree, and he circled around it crying bitterly. The poor tree was still covered in ice and snow, and the North Wind blew and roared around it.

– Come up, little one! – said the tree, and stretched out its branches as low as it could; But the child was too little. The giant’s heart melted at the sight of this spectacle.

– How selfish I have been! – he said to himself. -Now I understand why spring has not come here. I am going to place the poor little boy on the top of the tree, I will tear down the wall and my garden will be the children’s playground forever.

He was truly sorry for what he had done.

He rushed down the stairs, opened the front door softly, and stepped out into the garden.

But the children were so frightened when they saw it that they ran away, and it was winter again in the garden.


Only the little boy did not run, for his eyes were so full of tears that he did not see the giant approaching. And the giant slid down his back, took him lovingly in his hand, and placed him on the tree. The tree blossomed immediately, the birds came to sing in it, and the boy stretched out his little arms, put them around the giant’s neck and kissed him.
When the other children saw that the giant was no longer evil, they ran back and spring returned with them.