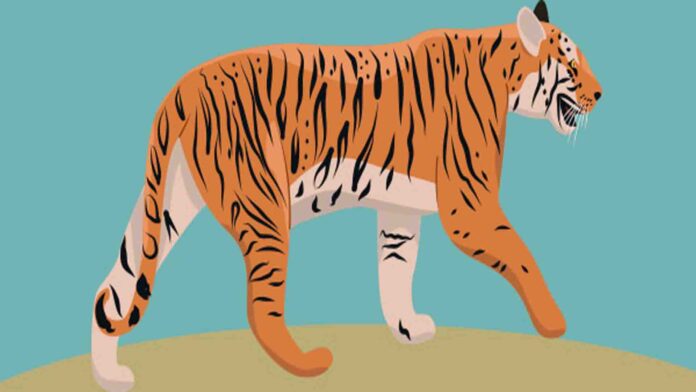 A boy and a girl lived with their mother in a little house in a valley. One day the mother went to work at a banquet in another city.

Before leaving, the mother told her children: “Today I have to go to work at a house twenty hills from here. When it gets dark, close the door well and do not open it to anyone until I come back”. The children obeyed and said goodbye to her.


When his mother finished work it was already night. He placed on his head the package of rice cakes that had been given to him for his children and left. The mother walked through the streets with great fear because she heard howls and noises of wild animals, although she was eager to get home and give the cakes to her children.

Crossing the first slope, she ran into a tiger who, sniffing her, asked her what she was carrying on her head. The mother told him that they were cakes for her children, to which the tiger replied “If you give me a cake I will not eat you”. The mother gave it to him right away and ran away in fear. Crossing the second slope, he met the tiger again, who threatened him in the same way. The scene was repeated until the twelfth hill and the children could already see their mother from the house.

The mother gave the last cake to the tiger and ran to take refuge in her house, but when she arrived she realized that the children had left through the back door and, scared, had climbed a tree. The tiger had seen them hiding among the branches, he went there and tried to climb up to them to catch them.


The boy, very scared, began to pray to the gods: “God in heaven, if you want to save our lives, send us a rope!”. At the moment a rope fell, the children clung to it and little by little they climbed until they disappeared into the clouds.

The tiger, angry, did not give up and also prayed to the gods: God in heaven, have mercy on this hungry tiger, send me a rope!” Then another rope came down, the tiger grabbed it and started to climb. When he was about to disappear into the clouds, the rope broke and the tiger fell. The Gods had sent him a rotten rope for his misdeeds. The tiger hurt himself so much that he fled and never came back.

The children, who had risen beyond the clouds, became the Sun and the Moon.