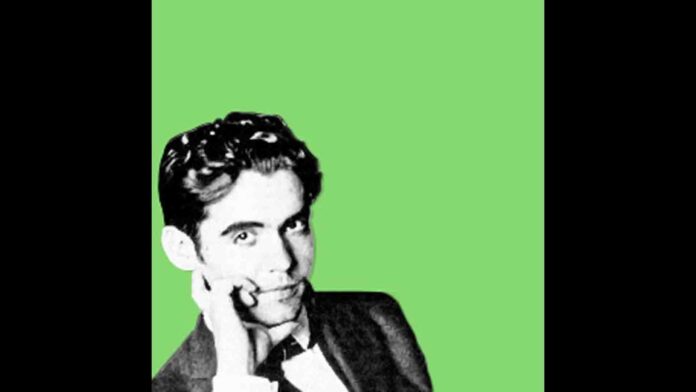 The poems of Federico García Lorca are part of the Spanish literary treasure of all time. This Spanish poet and playwright belonging to the famous Generation of 27 is one of the most important Spanish writers of his time.

Lorca is, without a doubt, the most influential and popular poet in Spanish literature of the 20th century. Furthermore, as a playwright, Lorca is considered one of the pinnacles of 20th-century Spanish theater, along with the famous Valle-Inclán and Buero Vallejo. 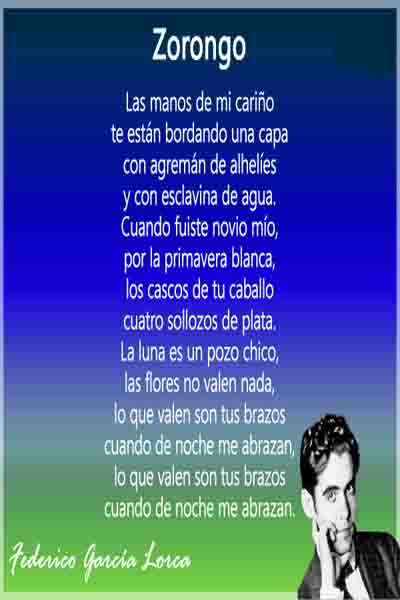 The folk and gypsy culture of his native Andalusia provided Lorca with much of his inspiration, as did themes such as love, pride, mortality, flamenco, and bullfighting.

Federico García Lorca was born in 1898, in Fuente Vaqueros, Granada province, and died in August 1936, shortly after the Spanish Civil War began, executed by a firing squad.

Early poems by Federico García Lorca and other works

Federico García Lorca published numerous books during his career, beginning with Impressions and Landscapes , which was published in 1918. This book, written in prose, recounts the study trips that Lorca made during the years 1916 and 1917.

Lorca studied law at the University of Granada, as well as musical studies, before moving to Madrid in 1919 to focus on his writing. In Madrid he entered the Residencia de Estudiantes, a modern university and the intellectual center of the city and joined a group of avant-garde artists made up of artists such as Salvador Dalí and Luis Buñuel. The group, known collectively as the Generation of ’27, introduced Lorca to surrealism, a movement that would greatly influence his writing.

During this period, among his friends were the writers Juan Ramón Jiménez and Pablo Neruda. He also worked with Salvador Dalí and Luis Buñuel in different productions. In addition, he collaborated in the 1920s with Manuel de Falla, becoming an expert pianist and guitarist.


Through the recitals of his poetry, García Lorca became known even before the publication of his first collection.

In 1927, García Lorca gained fame with his romantic historical play Arina Pineda , where the stage was built by Salvador Dalí and the distinguished actress Margarita Xirgu played the heroine.

Consecrated poet of the Generation of 27

With the publication of his poetry collection Romancero Gitano in 1928, Lorca received significant critical and popular attention. By then he was already the best known of all Spanish poets and a leading member of the Generation of 27 that included Luis Cernuda, Jorge Guillén, Pedro Salinas, Rafael Alberti, among others.

The following year he traveled to New York City, where he found a connection between deep Spanish songs and African-American spirituals. As a result of this adventure, he wrote Poeta en Nueva York , although this work was published posthumously and did not see the light of day until 1940.

When he returned to Spain, he co-founded La Barraca, a traveling theater company that performed classic Spanish plays and original works by Lorca himself, including the well-known Boda de sangre , which he published in 1933, in small town squares.

Lorca refused to hide his leftist political views or his homosexuality, as he continued his rise as a writer, despite the political tensions in the country.

In August 1936, at the start of the Spanish Civil War, Lorca was arrested at his country home in Granada by General Francisco Franco’s soldiers. He was executed by firing squad a few days later.

Federico García Lorca wrote many short poems of great beauty and lyrical quality throughout his short life. Brimming with feeling, energy, and emotion, Lorca’s short poems are as appreciated today as they were during the artist’s lifetime.

In the poems of Federico García Lorca , popular and cultured tradition coexist, being the reflection of an intense tragic feeling of life

Although his tragic death, a victim of the war due to his political convictions and his declared sexual condition, has contributed to the current fame of the poet, there is no doubt that this Spanish writer is one of the most important, not only of his generation or of his century, but of all literature in the Spanish language.