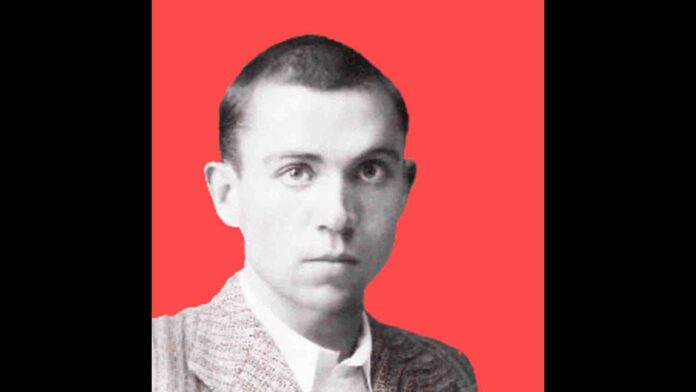 Miguel Hernández is a Spanish writer recognized as one of the most important in our literature . The writer was born on October 30, 1910 in Orihuela in a humble family of peasants and could not receive a good education because he had to go to work due to the lack of resources in his family. Miguel Hernández always suffered great difficulties to be able to dedicate himself totally to literature.

Despite all the problems and difficulties, the incredible thing is that Miguel Hernández achieved an incredible poetic career and developed a great fondness for classical Spanish poetry. The writer gradually became one of the best in our country until, during the Franco regime, he was imprisoned and died in prison.

Poems of Miguel Hernández: beginnings of the poet 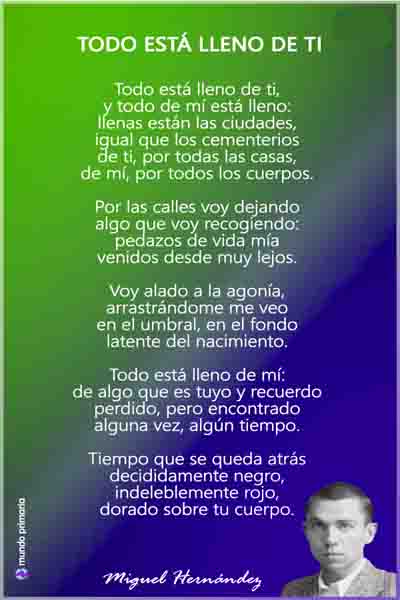 From a very young age, the writer Miguel Hernández began to write his own poems. He had an innate sensitivity to reflect his feelings, emotions and concerns in his writings . In his youth he began to be part of the literary circle of Orihuela, where he met Ramón Sijé, artistic pseudonym of José Ramón Marín Gutiérrez who was a Spanish writer, essayist, journalist and lawyer, with whom he became friends.

When he was only 20 years old in 1930, Miguel Hernández began to publish small short poems in magazines in the area such as  El pueblo de Orihuela  or  El Día de Alicante . These first collaborations in magazines and newspapers were essential for his future as a writer.

The first poems of Miguel Hernández

Due to the reputation that he had achieved thanks to the publications in various magazines and newspapers, on December 31, 1931, Miguel Hernández made his first trip to Madrid . On this trip, the writer tried to get a job thanks to his poems and recommendations, but he was unsuccessful and had to return to Orihuela. Although he did not get a job or stay in Madrid, this trip allowed him to see first-hand the work of the generation of 27 and start thinking about his first work


In 1933, the first book by Miguel Hernández  Perito en Lunas was published . As a consequence of his success, he was invited to read his work at the University of Cartagena and at the Ateneo de Alicante on April 29, 1933.

After his literary debut he went to Madrid for the second time to look for a job and this time he managed to be named a collaborator in the publication Misiones Pedagogicas . The writer was also secretary and editor of the Los Toros encyclopedia. Its director and main editor José María de Cossío became his protector and would help him spread his work.

From that moment on, Miguel Hernández had the necessary time to write various works full-time and books of poems began to be published, such as El silbo vulnerable ,  Imagen de tu toca  and  El rayo que no cesa . Discover here the poems of miguel hernandez.

Miguel Hernández managed at that time to interact with characters of the time such as the painter Maruja Mallo and also met writers as fundamental to his work as Vicente Aleixandre and Pablo Neruda . The relationship with this writer was the origin of his brief stage within a certain surrealism. From this moment begins his social stage and his commitment to the poorest, the disadvantaged and those who had nothing.

In December 1935 his childhood friend Ramón Sijé died and the writer dedicated his well-known and admired  Elegía a Ramón Sijé to him . A poetry that surprised readers and writers like Juan Ramón Jiménez who reflected it in his chronicle for the newspaper El Sol . Miguel Hernández’s last book was Songbook and Ballads of Absences .

When the Civil War broke out, the poet decided to take an active part in the conflict, forcing him to leave the country when the war ended. Miguel Hernández was discovered at the border with Portugal, where he was arrested and sentenced to death. His sentence was commuted to a sentence of 30 years in prison but he did not get to serve it because he died of tuberculosis on March 28, 1942 in a prison in Alicante .

Miguel Hernández had a short but very fruitful life because he managed to write great poems such as Las nanas de la onion that have become essential for literature . A poem that once again arose from a vital experience when his wife Josefina Manresa sent him a letter to the prison in which she mentioned that they only had bread and onions to eat. One of the best known poems of the work of Miguel Hernández.

The writer has been recognized as one of those responsible for a new style that was called war poetry . Discover and enjoy miguel hernandez poems and you will know an incomparable poetic work.