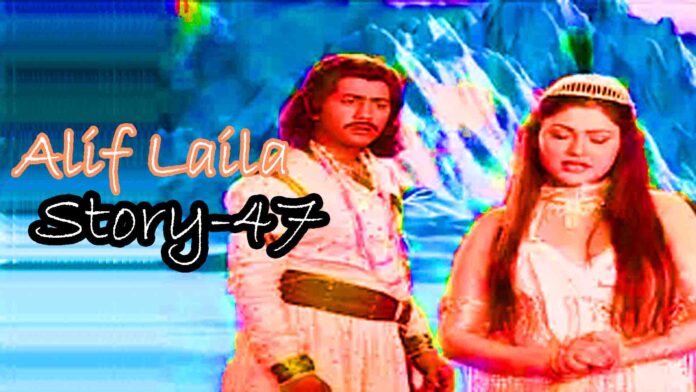 Sindbad said that I had a strange condition. No matter how much trouble it was, I used to forget it after a few days of enjoyment and used to scratch my soles for a new journey. The same thing happened this time too. This time I wanted to travel as per my wish. Since none of the captains agreed to go on my scheduled voyage, I built a ship myself. My cargo alone was not enough to fill the ship, so I took other merchants on board and we went to the deep sea for our journey.


Within a few days our ship landed on a deserted island. There lay an egg of the bird, as I had seen in an earlier visit. I told other traders about it. They went to see him. The baby was about to come out of that egg. When the child’s beak came out after breaking the egg with the sound of loud thud, the merchants thought that they should eat after roasting the child of Rukh. They started breaking eggs with axes. Despite my refusal, they did not listen and took out the child and ate it after chopping it.

Within no time, four big clouds appeared. I called out and said that get on the ship quickly, the birds are coming. We had reached the ship when the parents of the child came there and broke the egg and started crying fiercely in anger on seeing the child dead. After some time they flew away. We hurriedly drove the ship to one side to avoid the wrath of the birds but to no avail. In no time, a whole flock of birds came upon our heads. Huge rocks were buried in his claws. They started throwing rocks at us. A rock fell a short distance away from the ship, and the water was so turbulent that the ship began to wobble. The second rock fell just above the ship and the ship broke into pieces. All merchants and trade goods were submerged. I got the opportunity to save my life and I somehow reached an island with the help of a plank.


After resting for a while on the shore, I started walking around the island to see what could be done. I saw that there are many orchards of beautiful fruits. The fruits of many trees were unripe, but many fruits were ripe and sweet. In many places I saw sources of fresh water. I ate ripe fruits and drank water from a source. It was night, so I lay down with the intention of sleeping at one place. But I could not sleep. There was also the fear of the deserted place and there was also sorrow over his misfortune. I used to cry and curse myself that inspite of having so much wealth, which could lead to lifelong happiness and opulence, why was it foolish to travel again. Sometimes he also used to think that how can one get out of this island.

By then it was morning. Leaving my turmoil, I too stood up and looked around at the fruit trees. Within no time I saw an old man sitting on the shore. He seemed very weak and seemed to be paralyzed below his waist. At first I thought that this too was a misguided traveler like me whose ship had sunk. I went near him and greeted him. He didn’t answer anything, only nodded.


I asked him what are you doing. He told me in a signal that he wanted me to carry him across the canal by carrying him on my shoulders. I thought that maybe on the other side it wanted to climb on my shoulders and pluck the fruit from the trees and eat it. I carried him on my neck.

Now when I remember that thing, I laugh. When I tried to drop him across the canal, the old man, who seemed absolutely mortal, suddenly became powerful. He stomped around my neck so hard that I suffocated. My eyes were about to go out and I fell unconscious. Then he loosened his feet, so that I started breathing and in some time came to my senses. Now the old man signaled me to get up and when I did not get up, he put one foot in my stomach and the other hit me on the face. This compelled me to act according to his instructions. I started walking for him. He would take me under the trees and pluck the fruit, eat it himself and give me some to eat.


As night fell, I began to prepare to lie down. The old man still did not get off my neck. Similarly, with his feet around his neck, he lay down and fell asleep. He too fell asleep in the same condition. In the morning he woke me up by stumbling and likewise riding on me he roamed the island. I became limp with anger and sorrow but could not do anything because he would not leave me even for a moment and when I stopped stumbling my ankles which caused great pain to me.

One day I saw dried pumpkin shells lying there. I cleaned them and filled them by squeezing the juice of ripe grapes. After a few days, while roaming again, he saw that the yeast had gone out of the juice and it had become wine. I had become very weak, that’s why I took this measure to give myself strength. I drank a little wine and I got power. I started walking fast and started singing too. The old man was surprised to see this. He gestured and asked for a pumpkin wine.


I used to take only two or four sips. When he enjoyed drinking a little wine, he immediately drank the wine of the whole pumpkin. This made him very intoxicated. He began to sing and trembled and trembled. When he loosened his grip on my neck, I threw him to the ground. As soon as he fell, I crushed his head with a stone and killed him. I was very happy to be released from that hold and I came to the beach.

Coincidentally, at the same time some people of a ship landed in that island to fill sweet water in the ship. He was very surprised to hear my story. He said, ‘Did you really fall into the hands of this old man? He does not know how many people have been killed by running like this and strangling them. There was no one left from his hand. You are very lucky indeed. No one goes inside this island, everyone is afraid of it.’ Then they brought me to their ship. The captain also took pity on me after hearing my condition and took me away with full facility without rent. During my travels, I became close friends with a big businessman.

On reaching another island, the merchant sent many of his servants to the ground and gave me a crate and told me to go with them and do the same thing as you do and do not get separated from them or else you will be in big trouble.’ I went down to the island with all the men. There were many coconut trees on the island but they were so tall that it was impossible to climb them. There were many monkeys there too. They immediately climbed the trees in fear of us. Now my comrades did this to collect lumps and stones and started throwing them at the monkeys. I did the same. The monkeys got angry and broke the coconut and started throwing it on the heads of people. Within no time, coconuts were spread all over the ground. We filled the baskets with coconuts. I was astonished to receive such a coconut. Then I came with them to the city where coconuts were sold at a good price.

The merchant gave me my share in the price of coconuts and told me that you go and collect coconuts like this every day and keep saving the money you get from them. In a few days you will have enough money that you can easily go back to your country. I obeyed him and kept selling coconut like this for many days. I got enough money from this deal.


A few days later the ship that had saved me left that port. I stopped there because I wanted to go to the other side. I had also collected many coconuts with me. In a few days a ship came to go where I wanted to go. I rode with my consignment of coconuts. From there the ship came to the island where pepper is grown. From there we went to the island where sandalwood and ebony trees are plentiful. The residents there neither drink alcohol nor do any other kind of misdeeds. In both those islands I sold coconut and bought pepper and sandalwood. Apart from this, on the advice of many other merchants, I became a partner in their plan to get pearls out of the sea. We employed many divers as labourers. It was such a grace of God that my divers brought out more pearls than other divers and my pearls were bigger and more shapely than other pearls. After that I came to Basra port on a ship. There I sold black pepper, sandalwood and pearls, so the profit exceeded my expectation. I donated one-tenth of it to charity and after buying the things of my comfort, I came and started living at my house in Baghdad.

After narrating the account of the fifth journey, Sindbad again gave four hundred dinars to Hindbad and after sending him and other friends off, invited him to hear the new travelogue the next day. The next day everyone came and after having food and drink, the travelogue started.