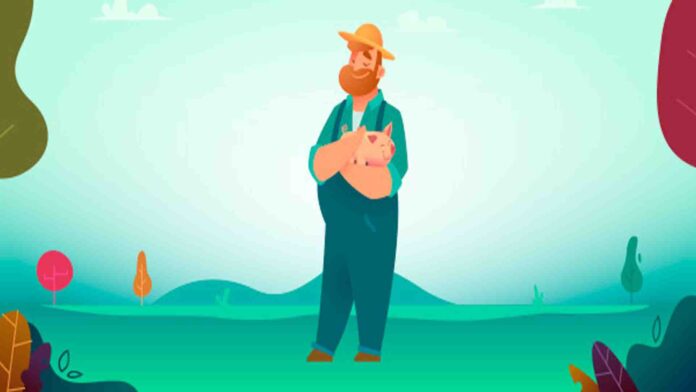 The farmer and the tokaebi a horror stories for kids

This story tells that many years ago in an Asian country called Korea, a man lived with his wife on a small farm. The two loved each other very much and enjoyed a quiet life surrounded by their animals, away from the bustle of the city. They didn’t need much more to be truly happy.

In summer, after finishing the daily chores, they used to dine next to a large window that they opened wide to be able to contemplate how the bright moon was slowly rising to the top of the sky and listen to the small sounds that are only appreciated when everything is silent. For them, enjoying that magical moment was priceless.


But one night, while they were sharing the exquisite rice with vegetables that the woman prepared so well, they heard terrifying screams.

– I don’t know, dear, but something very serious must be happening. Let’s go outside and take a look!

They got up from the table frightened and opened the door very quietly. In front of them, next to the entrance stairs, they saw six monsters not too big but very ugly that were fighting and screaming like madmen.

The woman put her hands to her head.


– Oh no, they are tokaebi monsters that come to bother us! Be careful what you say to them, they are not going to get angry with us. You know they have very bad slobber!

The good man, despite the fear of reprisals, steeled himself and yelled at them:

– Out of here! These lands are our property, leave immediately!

The Tokaebi, far from cowering and unwilling to obey, began to laugh out loud. One of them, the one who seemed to be calling the shots, dared to say:

The farmer’s legs were shaking but he drew strength from weakness.

– Didn’t you hear me? I want you to leave right now, leave us alone!

Nothing, no case. The Tokaebi stared mockingly at the farmer, and the gang leader took a few steps forward.

– Hey, you shoddy farmer! … You say these lands are yours but I say they are mine Let’s see how we fix this unpleasant matter!

The good man and his wife were dumbfounded, but it was clear to them that the farm and the land where they lived had been theirs for more than twenty years and they were not going to allow an arrogant little monster to get away with it.

– But what are you saying?! This house and this land are ours! My wife and I are the rightful owners!

The tokaebi had gotten up that day wanting to annoy someone and continued to tease the man with his insolent tone.

– Don’t make that face, farmer! It seems to me that we have a problem that is difficult to solve because it is your word against mine, so… I propose a challenge!

– A very easy one! You will ask me a question and I will ask you a question. Whoever gets it right will be the owner of all this. Do you dare to accept my proposal or are you a chicken?

The farmer gritted his teeth to contain his rage. That shameless tokaebi was calling him a coward! In the depths of his soul, he felt that he should not play his game because, in addition, he was risking everything to a question, but either he accepted or his presence would never be spared.


– Okay I accept. Let’s get this over with once and for all.

– Did you guys hear? … He looked scary but no … this farmer is a brave guy!

The man had to put up with the urge to kick his ass and send him to the top of the tallest tree. His patience was about to run out.

The tokaebi was thoughtful for a few seconds.

– Okay, let’s see … How many glasses do you need to empty the sea?

The farmer concentrated well so as not to miss the answer.

The Tokaebi was surprised by such good reasoning and, much to his regret, had to accept the answer as valid.

– Grrr! Okay, okay, you got it right! I see that you are smarter than you appear. Now you ask me!

The man stood in profile in the doorway, one foot inside the house and one outside. Looking the tokaebi in the eye, he asked:

The clever question outraged the monster because it was impossible to tell.

– Ah! … You don’t know ?! Well, I have won the challenge and you are already leaving my land!

The leader of the Tokaebis sparked from the fury that washed over him, but he had to keep his word because many witnesses had witnessed his resounding defeat.

Very reluctantly he told his colleagues:

The farmer and his wife watched in silence as the six monsters slipped into the forest and disappeared into the shadows. When they were out of sight, they shook hands, entered the house, and with an immense smile of happiness they finished the delicious rice with vegetables that they had left halfway.