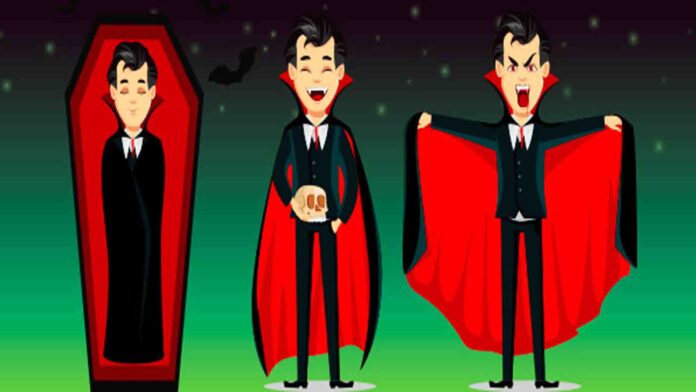 Vampires have been part of European legends since ancient times, having their origin in people’s fear of the dark, illness or death. According to folklore, they are human beings who after their death become predators who need the blood of others to live.

Currently what we know as a vampire is a mixture of cultural traditions and literature, especially that of the nineteenth century. Among the main features are:

– A physical appearance similar to that of a human, with exceptions such as pale skin, long nails or the characteristic fangs that they used to extract blood from their victims.


– The possibility of transforming into other animals: cats, horses or wolves; although the best known form is that of a bat.

– Having no soul, they are not reflected in mirrors and are vulnerable to sunlight.

Of the different authors, who have decided that their protagonists are vampires, it is worth mentioning Bram Stoker, writer of “Dracula”. The epistolary novel introduces us to Dracula, a vampire who wishes to settle in England. The fictional character of Dracula is based on the life of a Romanian nobleman named Vlad.

“Dracula” has influenced many other authors giving rise to numerous plays, movies or television.