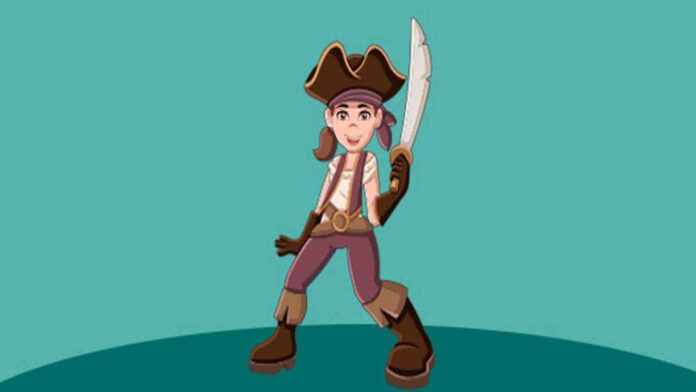 Lorena was a pirate with dark hair tied up with a pink scarf. When he was six years old, like other pirates, he had to go in search of a pet to accompany him on his adventures.

His father, a red beard, had a pet pink octopus; and his grandfather who could not hear well, a green parrot.


Every pirate who wants a pet must first fight a skeleton, so that he gives him a map with a big blue X, which marks the way to the animal.

After getting the map, Lorena traveled to an island with her three friends, and there she found Roberto, a very nice shark who became her pet.