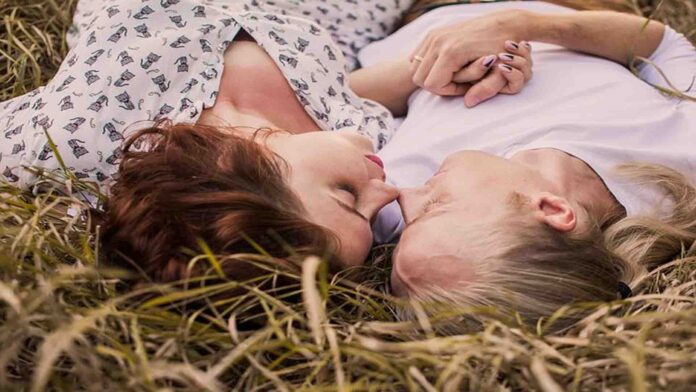 ‘ Next stop … ‘ The doors are opened with the reception in a choral formation of ten pairs of eyes that have not seen the scratched sticker that indicates the preference of the one exiting the wagon. ‘ Ma’am, don’t push … ‘ On the left, seated on one of the benches on the platform, seven young preadolescents lean their backs on an advertising poster: ‘ Donate semen, donate eggs, donate life ‘; standing up and leaning her back against the wall, a woman in an advanced state of pregnancy begs with her eyes for someone to give her a place, finally an old woman agrees. On the escalator, a man tries to run upstairs dragging his suitcase: ‘ Excuse me, I’m in a hurry, I’m going to miss the train’, but a girl detained on the left side has an important conversation with her hairdresser through her mobile phone and ignores him.


‘ He let himself be carried away by you, he never expected and does not wait if it is not for you ‘ sings a woman with curly and dirty hair, dressed in a long and dirty skirt and a wrinkled and dirty T-shirt, at the mouth of the subway station . He is accompanied with his guitar by a man wearing a hat that covers his face: ‘ A help for music ‘. On the other side, several young black men sell CDs, deuvedés and Tous bags on a sheet. One of them wears an imitation shirt of the Spanish team. Suddenly they pull a rope and in a matter of seconds they run among the people because several policemen pass by escorting a demonstration: ‘ Independència per als Països Catalans ‘.

The noise of the heels of several young ladies commenting on the latest episode of ‘ Sex and the City ‘, while looking at the window of a accessories store. However, in the next showcase they pass by: ‘ What is that man doing sleeping in an ATM? ‘One of them has a glass of Vanilla Frappuccino in her hand, it has a crack and it has stained her sweater, so she puts the glass in a trash can, cursing in English:’ Oh fuck ! ‘ A second later, a man with the appearance of a human being camouflaged behind a lousy gray beard drops the cardboard sign (‘ I don’t want money, I want to eat’) who was holding and taking the glass from the wastebasket, lifts it over his head and spills it on his face, with the luck that some drops fall into his mouth, while the rest are dispersed between his hair, his cheeks and Your shirt. ‘ By God, what people ‘ says the lady who was passing by at that moment, making the same face as if they had made her eat feces.


In front of them appear two children who laugh triumphantly while they savor the waffles that their mother has bought them to avoid their tantrums in the middle of the street. ‘ Almost 16,000 children die of hunger in the world ‘ headlines a free newspaper with which a waiter has wrapped the leftover paella, which a stray cat devours.

And when the night returns people to their homes, some made of brick and others made of cardboard, in the street you can simply hear my accelerated steps on the tiles still wet from an outbreak of a summer storm in the middle of April.

«You see this man with the cross on his arms and his eyes full of pain…
you see this girl she looks like a pearl, she spends her money on her nice curls…»