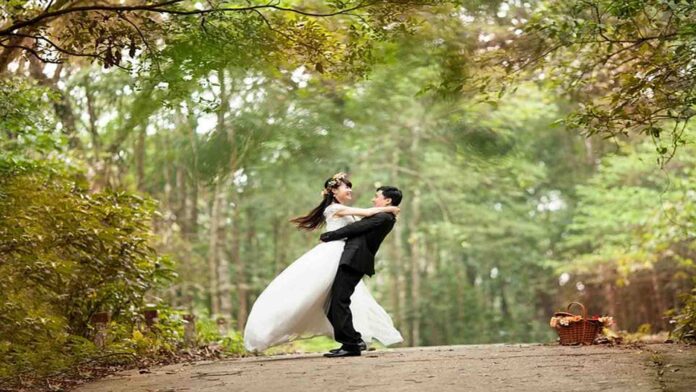 Behind the ajar door of the school gymnasium, guided by the music that came from within, he poked his head out and saw her.


He could not be more than 12 or 13 years old, he was a tall boy for his age, he had a tender look and a smile that he did not hesitate to give to whoever needed it. He did not get bad grades, although he could try harder, he liked to play football, go to the movies, listen to music … like any young man his age. He had many friends, his affable character made it easier for him to interact with people, one of his virtues is that he knew how to listen. He did not have a girlfriend, he considered that he was still very young for those things, although there were several girls who would not have minded being his partner, after all, he was quite handsome.

He went to a good school, his parents assured him a quality education that would open doors for him in the future. He wanted to study some engineering, he was very ambitious and he felt capable of achieving what he set out to do.

His father was an architect; his mother, a teacher; He had two little brothers: one five years younger than him and the other was beginning to take his first steps. He was happy and thanked God for it.


On Tuesday afternoons he had physical education class, so he would stay to eat in the school cafeteria with some friends. After lunch they used to do the same thing: throw some baskets on the court and make time for gym class. The teacher’s name was Pedro and he was a tall, very thin guy with great flexibility that allowed him to do all kinds of sports from athletics to gymnastics, but he was quite clueless and was always late for class.

But there was a Tuesday that was special. It was April and it was raining so they would have the class inside the gym. As the basketball court was wet, they could not go to play either and decided to change their clothes and wait for the teacher in the gym. As his friends walked to the locker room talking and with their backpacks on their shoulders, he was left behind as he heard music coming from inside the gym. The door was ajar so his curiosity led him to stick his head out, that’s when he saw her.

There were about twelve or fifteen, but the first glance he gave was fixed on her. From where she was, I couldn’t see if her hair was blonde or brown, if her eyes were blue or green, but she had something that made her stand out from the rest, an extraordinary light in her smile that damaged her eyesight and put her heart into it. full performance. She moved gracefully and in sync to the beat of the music, she was in her aerobics class .


Days passed and he investigated her, they told him that she was going to a minor course, that she did not live in the capital … They crossed the corridor several times, but he avoided looking at her, it was a new situation and he was afraid. Soon her friends found out about this attraction and their lack of discretion led her to discover it too. Now, when they crossed the corridors, she would attack him with one of her magical smiles full of intention, against which he could not fight and he ended up shyly surrendering to reciprocate.

He was confused, he had already liked other girls, but he had never decided to take the next step, he thought the risk was too great, he was afraid of rejection, of having to let go of what he felt and having to forget it so as not to suffer. As if it were that easy! The feelings enter the heart and there they remain rooted, damaging it with their long thorns without letting it secrete a balm that relieves pain and transforms it into the greatest of pleasures.

And the days, the weeks, the months, the courses went by and that question always remained in his heart, to think what would have happened, if he had been brave enough.