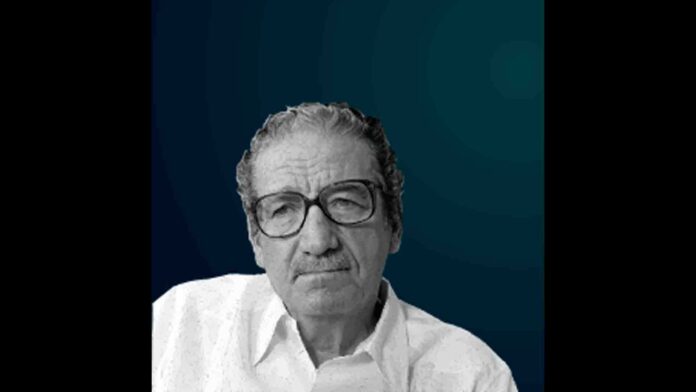 Jaime Sabines Gutiérrez was born on May 25, 1926, and died on March 19, 1999. He was the third child born from the union between Julio Sabines, of Lebanese origin, and Luz Gutiérrez, Mexican. Jaime dedicated himself to politics and poetry, being considered one of the great referents of Mexican literature of the 20th century. 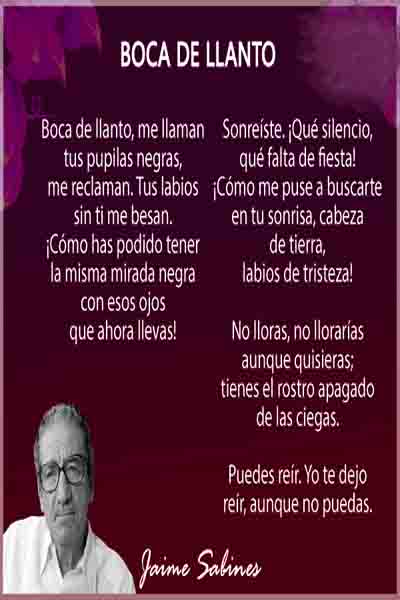 When the year was 1945, Jaime moved to Mexico City, where he dedicated himself to studying medicine: But he soon realized that needles and white coats were not his thing. For this reason, shortly after, he began his writing career and returned to Chiapas, where he worked in his brother’s cloth company.

In 1953 he married Josefa Rodríguez, “Chepita”, as he was affectionately called. Jaime Sabinés had four children with her, and was dedicated to selling fabrics during the day, while, in turn, writing poetry. He had become a family man, simple and immersed in everyday social life.

There was a time when he declared that he felt humiliated by life. He wondered how it was that he had ended up like this, living from performing a task that could be defined as the most unpoetic in the world, referring to his work as a salesman. He was a little resigned, and even said to himself: “fuck the poet.”

However, time gave Jaime its reward, and he was recognized by his readers and colleagues. In 1964 he obtained a scholarship at the Centro Mexicano de Escritores, and in the years to come, a good number of awards for his literary work. A variety of events and meetings were also held in his honor.

Jaime was encouraged by his father, Julio Sabines, who motivated him to explore the world of literature. This was confirmed by the writer himself, who stated that his father was one of the biggest reasons why he started writing poetry. A clear reflection of the admiration he felt for his father and the good relationship they had.

One of his emblematic poems , “Something about the death of Major Sabines”, cataloged by the same poet as his masterpiece, talks about the death of his father and how important it was in his life. Another of his famous works was the collection of poems “Tarumba”, written while he was working in Chiapas with his brother.

During this period of his life he married and had four children. Later, in 1966, his mother died, to whom, as well as to his father, he dedicated a few lines that reflected the painful moment and the love he professed for her in life. The poem was called “Doña Luz.”


Sabines ‘s poems , both long and short, were primarily influenced by writers such as Pablo Neruda and Gracia Lorca, and others such as Ramón López, Aldous Huxley, and James Joyce.

Jaime confessed that he said to himself that his poems were the work of Neruda and Lorca, due to their strong influence, but that over time he gained his own characteristic and unique voice.