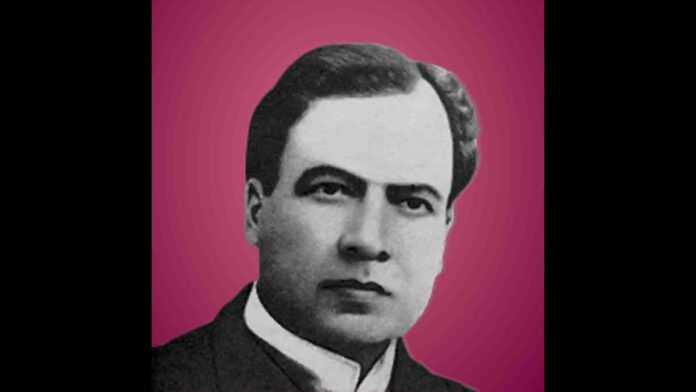 Rubén Darío is one of the best known poets and the greatest exponent of modernism. His original name was Félix Rubén García Sarmiento and he was born in Nicaragua in 1867. The poet became one of the referents of modernism in Spanish thanks to his original work Azul . In addition, he is recognized as the poet who has had the greatest influence on twentieth-century poetry in the Hispanic sphere.

The poems Rubén Darío has been internationally recognized for his poems, in which the influence of French authors such as Verlaine, Moréas, Du Plessys or Villiers de l’Isle-Adam can be observed. He also worked for years as a representative of Nicaragua in Europe and America as consul and ambassador, which is reflected in his sociopolitical commitment in some of his works.

The poems of Rubén Darío 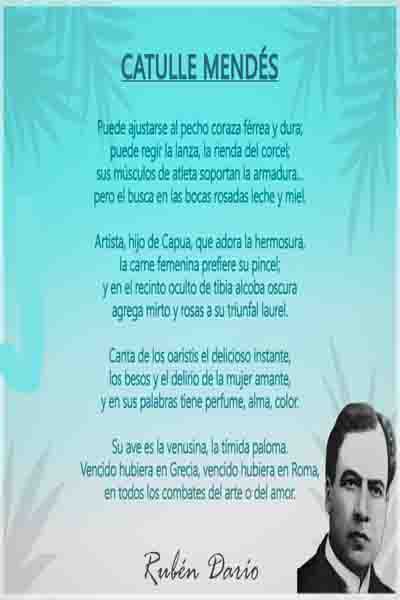 Rubén Darío’s work was a real revolution in Castilian poetry and metrics since, in addition to using the traditional octosyllables and hendecasyllables, he dared to use unknown verses or verses that were no longer used. For example, in his works we can find verses such as the eneasyllable, the dodecasyllable and the alexandrine that have been enriching poetry in the Castilian language.

Since he was a child, Rubén Darío stood out for his great creativity and his interest in literature. The first thing he wrote were loose short poems by Ruben Darío and the book Epistolas y Poems  written in 1885, but which was not published until 1888 under the title of  Primeras Notas . In 1886 Rubén Darío traveled to Chile, a country in which he published in 1887 the works Abrojos , Canto épico a las glorias de Chile and Rimas .

In 1888 he published his first major work Azul , considered a benchmark for modernism. The book was very well received by critics, especially by the well-known Spanish writer Juan Valera and the Uruguayan José Enrique Rodó. This collection of poems stood out for its metric variety and for having managed to express his dissatisfaction with the bourgeois society of the time.


In 1896-1901 other poems by Ruben Dario were published as Prose Prose and other poems   in which the famous Sonatina poem is found . In 1901 the book Pilgrimages was also published. In 1905 he focused on art and the importance of the order of nature in Cantos de vida y esperanza. In 1910 he surprised his readers with Autumn Poems . Also in 1907 he surprised his readers with El canto errante , where he spoke about the problems of humanity and in 1913 he published La isla de oro .

Rubén Darío also expressed his ideas of political and social commitment in some of his poems. In 1914 the writer dedicated to Argentina as a tribute to its centenary the work I sing to Argentina and other poems . Also in his work A Columbus opposed the discovery of America expressing his horror at the conquest. Even in the work A Roosevelt evaluated Latinos and Anglo-Saxons. An essential poetic work for its creativity, innovation and influence on the literature of the 20th and 21st centuries.