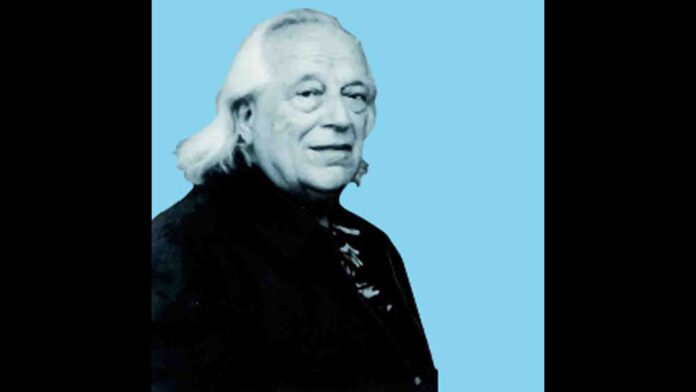 Rafael Alberti was one of the most relevant Spanish writers belonging to the Generation of 27 . The writer was born in Puerto de Santa María in Cádiz on December 16, 1902 and died in the same city on October 28, 1999. During his life he won numerous awards and recognitions. He published his memoirs under the title of  The Lost Grove .

The writer lived in his childhood in Cádiz in a family of Italian origin of wealthy winemakers who had gone through some economic downturns. Rafael Alberti began his studies at a Carmelite school and continued at the Jesuit school, although he never adapted to the discipline of the school from which he was expelled in 1916 for misconduct.

The first poems of Rafael Alberti 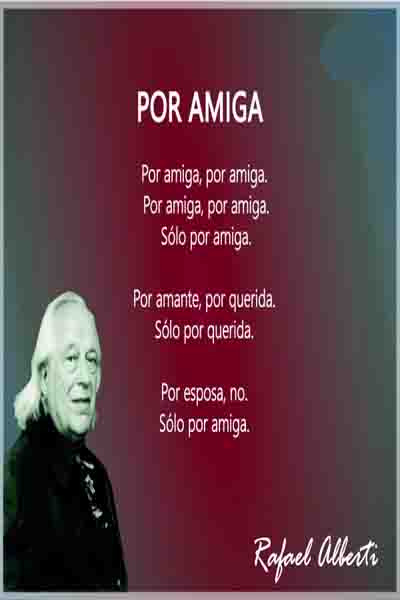 In 1917 the writer moved with his family to Madrid and continued with his vocation as a painter , exhibiting his works at the Autumn Hall and the Madrid Athenaeum. The death of his father in 1920 marked a milestone in Rafael’s life and was the moment in which he wrote his first verses.

A lung condition forced him to live in the Segovian town of San Rafael where he began to work on the verses that would later form  Marinero en Tierra. After recovering, the writer returned to Madrid and met writers such as García Lorca, Pedro Salinas and Vicente Aleixandre who had a great influence on his life and work. Discover alberti’s poems.

The maturity of his work

In 1924, Rafael Alberti received the National Poetry Prize for Sailor on Land and his life and work took a great turn. In 1927, on the occasion of the tercentenary of the death of Luis de Góngora, a series of poets decided to pay homage to him at the Ateneo de Sevilla, which meant the consolidation of the Generation of 27.

Alberti suffered an existential crisis caused by his poor health, his financial problems and the loss of faith . A moment that can be seen in his work On the Angels and that he surpassed with his political commitment. During the dictatorship of General Primo de Rivera, he participated in numerous student revolts, supported the advent of the Second Republic, and joined the Communist Party. His poetry changes and becomes a weapon to change the world.


In 1930 he met María Teresa León with whom he founded the revolutionary magazine October in 1933 and with whom he traveled to the Soviet Union to a meeting of anti-fascist writers. When they returned to Spain they learned about the Asturias revolution of 1934 and stayed in Paris where the Comintern embarked them on a propaganda and fundraising mission throughout North America, Central America and the Caribbean in favor of the prisoners of the 1934 revolution.

During the Civil War, Rafael Alberti expressed his position through the Alliance of Antifascist Intellectuals and had to leave Spain. Exile forced him to live in various parts of the world, from Paris to Buenos Aires . In 1963, he moved to Rome where he lived until his return to Spain in 1977. It was in this city that he wrote his well-known work  Rome, danger for walkers , published in 1968, and  Songs from the upper valley of the Aniene  (1972). Enjoy with us Rafael Alberti poems.

Upon his return to Spain he was elected to Congress on the PCE lists but resigned to continue his work as a poet and painter in Rome. During his life he received such important awards as the Cervantes Prize in 1983 , the Lenin Peace Prize in 1965 and the Rome Prize for Literature in 1991. On October 28, 1999 he died at his home in El Puerto de Santa María, his town. native.