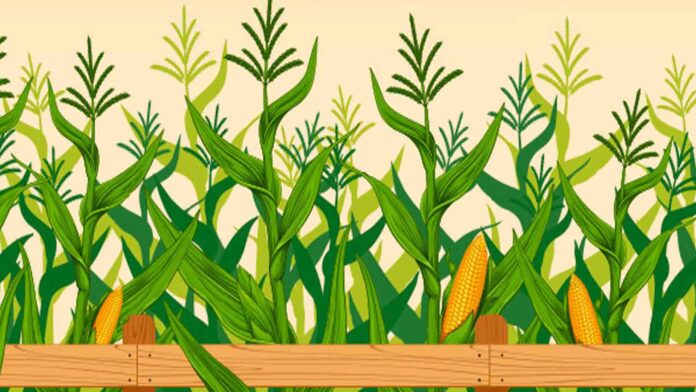 Do you know that corn is one of the oldest foods of Humanity?

Researchers believe that Mexico was the first place in the world where humans tried corn. Can you imagine why? Well, because a few years ago, remains of cobs that had been buried for thousands of years were found in this country. For the same reason they also think that from Mexico, with the passage of time, the cultivation of corn spread to the rest of the continent.

When Christopher Columbus discovered America in 1492 he found that there were many beautiful and fertile fields where the indigenous people grew food hitherto unknown in Europe. One of the ones that most aroused his curiosity was corn.

After several months of exploration, he took a good quantity of seeds and a few ears of corn from the island of Cuba, and put them back on the boat. His goal was to make it known in Spain and he succeeded, because the peasants began to plant it. Corn became an increasingly common food among the Spanish and eventually crossed borders, becoming equally popular in the rest of the European continent.


Corn can be eaten in many different ways. Cooked as an ingredient in salads and stews, it is delicious, but the whole cob, roasted with a little salt and butter, is also a delicacy.

Corn can also be toasted to make the famous breakfast flakes that are sold in boxes at the supermarket. On the other hand, if the grain is dried and then ground, the result is a very fine flour, ideal for preparing pancakes, breads… Nor can we forget that a large part of the corn that is grown is used to make oils, margarines and animal feed. .

And finally, what would we do if the delicious and crunchy popcorn did not exist, inseparable companions of a good movie or television? You sure love them, right? Well, in case you don’t know, the recipe is very easy and can be prepared in no time. Of course, always with the help of an adult to avoid accidents or burns in the kitchen.

Put a little oil in a pan and put it on medium heat. Add a handful of popcorn grains, a special corn because it is the only one that bursts. Then sprinkle them with a pinch of salt and put a lid on them so they don’t jump all over the kitchen.

One piece of advice: if the lid is transparent you will be able to see how the corn kernels will start to pop one by one. Quite a show!

In a couple of minutes, when the silence falls, you will have a pile of popcorn warm and ready to eat.