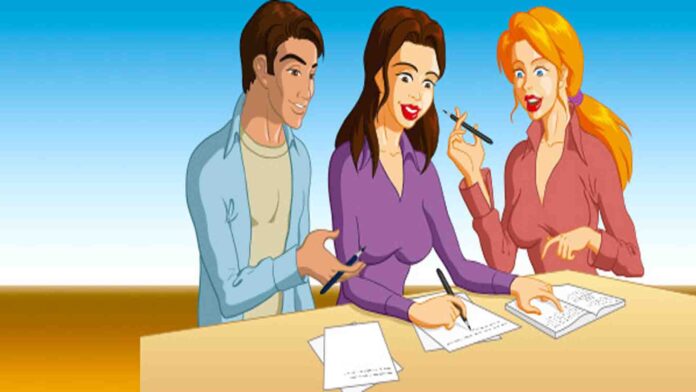 Around 1925 a new collaborative writing technique emerged among writers to compose poems or short texts. These so-called surrealist writers, who emerged in France, tried to link their creations to dreams and unconscious thoughts (spontaneous and quick ideas), being original and creative.

This game-like form of writing involves gathering a group of people around a table to take turns writing a text. The first person is given a blank sheet of paper, on which they must write a sentence. At the end, he must fold the sheet of paper, revealing only the last words of the sentence; before handing it over to another person in the group to continue writing the story.


It is important that the writing is fluid, not allowing people to think too much. At the end, the story is read aloud, discovering the final result.

In the 20th century, this form of writing was called cadavre exquis or exquisite corpses in Spanish. The name comes from the first sentence that resulted when playing for the first time: “The exquisite corpse will drink the new wine”. Later other artists, such as painters, tried to create their works taking into account the rules of this “game”.