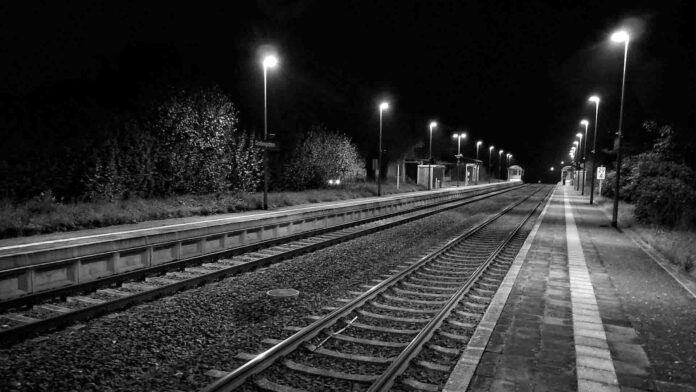 The station clock read two minutes past nine. The cold of December accompanied a night that threatened rain and the warm light of a street lamp added touches of sadness to the scene. On the lonely platform, only Mario had reason to wait for the train.


Circumstances forced him to leave, to leave behind everything that mattered to him, his parents, siblings, friends, his work, and of course, Lucia as well.

How could such a serene night precede such a cloudy day?

The latest news collected in the local newspaper was not very optimistic, the situation in the capital had become very tense and it was a matter of days, perhaps hours, for events to precipitate without remedy. A few days before, he had received a certified letter, with an air of solemnity, in which he was urged to “compulsory recruitment in the capital, to serve his country with honor in the imminent international conflict” that everyone feared.

In the midst of the gloom and the tense calm that precedes great catastrophes, she waited for that cursed train, hoping with all her might that it would not finally appear. It would barely be a couple of minutes.


The idea of ​​fleeing, deserting, leaving the suitcase in the same place, running to Lucia’s house, proposing to her, and escaping together to a place where they could not be found crossed his mind. But he wondered if that was the life he wanted to offer her, and admitted that she didn’t deserve that.

He didn’t even have the courage to tell her that he had to go. He met her that same morning and after spending the day together he took her home, making an appointment for the next day, knowing that she would not come. He did, however, leave a note in his mailbox, explaining why he had to leave.

He then returned home, walking slowly through the narrow and steep streets of the town, observing each house, each balcony with its geraniums, each doorway and each window, trying to memorize each roof and each corner. He wanted to remember all those things when he was scared to death in a trench under enemy fire, he wanted to remember the faces of the neighbors he had grown up with, the pure country air, the smell of freshly baked bread, the cold touch of grass. , the sound of the stones jumping over the water and the bells of the hermitage of San Antonio.


He recalled with nostalgia his first walks through those streets, the games in the square, the way to school, his mother’s errands, the bicycle rides, and the afternoons with Lucia, when the two lay by the river, tracing with their imagination a future full of happiness. He was still savoring those moments inside him when a sudden fear made him realize that it was possible that these were his last steps on those streets.

His gaze, lost in the blurred horizon, on which he projected his memories, suddenly met a distant flash that grew until it blinded him. The time had come, the train was approaching at great speed. As if it were the end of a sad movie, the rain joined the farewell, forming a wall of water, as if wanting to stop the impetuous advance of the train. But it was not enough, the convoy made its way without difficulty and began to slow down as it approached the station.

She did not bother to open her umbrella, she wanted to enjoy that purifying rain for the last time, listen to its monotony and feel the caress of the drops on her skin.

The train finally stopped, Mario collected his luggage, walked to the door and climbed the steps, found a seat by a window and fell on it. The carriage was nearly empty, and the few people in it missed their presence.

He directed his gaze towards the station wishing that all this was a dream to end up waking up between nightmare sweats, however, he could hear his nervous breathing and his heart agitated by fear and uncertainty, confirming that this moment was real as life.

Then he saw a shadow that became a silhouette and was running desperately along the platform, looking through the windows of each car. He thought it was some traveler who was about to miss the train, but when he got closer, he observed with amazement that that small figure, sheltered from the rain with a simple jacket over her shoulders, was Lucia. Surely she would have found the note he had left her and would have run, driven more by her heart than by her legs, not caring about the storm or the cold, in search of one last look, one last word, and one last kiss.


Mario jumped to his feet and banged on the window to get their attention. She stopped on the other side of the glass and they locked eyes. Her tears mingled with the raindrops, which slid down kissing her cheeks. He wanted to get off and put his arms around her, but in that instant, the train began to move slowly, resuming its march.

«I won’t wake up to the sound of your feet, walking down the hall, like a soft heartbeat, I won’t wake up, cause by the time that I do you’ll be gone»