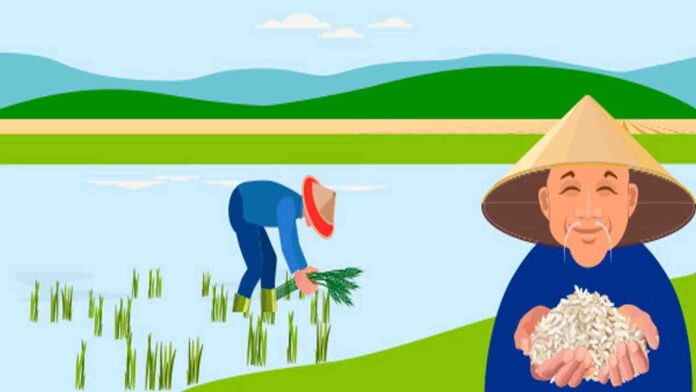 In a village in China, many years ago, a peasant lived with his only son. The two spent hours cultivating the field with no more help than the strength of their hands. It was very hard work, but they approached it with good humor and never complained about their luck.


One day, a magnificent wild horse galloped down the mountains and entered his farm, attracted by the smell of food. He discovered that the stable was full of hay, carrots and alfalfa sprouts, so neither short nor lazy, he began to eat. The young son of the peasant saw it and thought:

– What a fabulous animal! It could be of great help to us in farming!

Without hesitation, she ran to the paddock gate and closed it so she couldn’t escape.

In a few hours the news spread through the town. Many neighbors came to congratulate the farmers on their good fortune. You didn’t find a horse like that every day!


The mayor, who was in the procession, affectionately embraced the old peasant and whispered in his ear:

– You have a beautiful horse that hasn’t cost you a penny… What a gift from nature! That’s what I call having good luck!

The neighbors looked at each other and did not understand what those words were about. Was it not clear to him that he was a lucky guy? A little surprised, they went back where they had come.

The next morning, when the farmer and his son got up, they found that the spirited horse was gone. He had managed to get over the fence and back into the mountains. The townspeople, dismayed by the news, went back to the farmer’s house. One of them spoke on behalf of all.


– We came to tell you that we are very sorry for what has happened. It’s a shame the horse got away. What bad luck!

Once again, the man answered without twisting his face and staring into space.

They all remained thoughtful trying to understand what he had meant again with that ambiguous phrase, but none of them asked anything for fear of looking bad.

A few days passed and the horse returned, but this time he did not come alone but accompanied by other members of the herd, among whom were several mares and a couple of foals. A boy who was walking nearby was stunned by the beautiful spectacle and then, very excited, he went to tell everyone.

Very many curious people flocked to the peasant’s house to congratulate him, but his attitude disappointed them; despite the fact that what was happening was something unusual, he maintained an amazing calm, as if nothing had happened. A woman dared to raise her voice:

– How can you be so calm? Not only have you recovered your horse, but now you have many more. You can sell them and get rich, and all without lifting a finger! But how lucky you are!

Once again, the man sighed and answered in his usual dull tone:


Of course, they all thought, his behavior was abnormal and they only found one explanation: either he was a very strange guy or he wasn’t right in the head. Didn’t he realize how lucky he was?

A few days passed and the peasant’s son decided that the time had come to tame the horses. They were wild animals, after all, and buyers would only bid on them if they were delivered completely tame.

To begin with, he chose a mare that seemed very tame. Unfortunately, he was wrong. As soon as he sat on it, the pony raised its front legs and with a sharp blow knocked him to the ground. The young man cried out in pain and felt a crack in the bone of his right knee.

There was no choice but to call the doctor and the news spread like wildfire. Minutes later, dozens of gossips planted themselves there again to find out what had happened. The doctor immobilized the boy’s broken leg and told the father that he would have to rest for a month without leaving his bed.

The baker, who had bolted from his workshop without even taking off his flour-stained apron, took a few steps forward and said to the peasant:

– How sorry we are for your son! What a misfortune, what bad luck the poor thing has had!

Of course, the answer was clear:

The neighbors no longer knew what to think. What a strange man!

The boy was convalescing in bed for many days and unable to do anything but look out the window and read the odd book. He felt more bored than a penguin in the desert, but if he wanted to be cured, he had to follow the doctor’s advice.

One afternoon when he was half asleep letting the hours pass, the army entered the town by surprise. War had broken out in the country and they needed to recruit boys over the age of eighteen to go fight the enemies. A group of soldiers dedicated themselves to going from house to house and as expected, they also called the peasant’s house.

– You have a twenty-year-old son and you have an obligation to join the troops. We are at war and you must fight as a brave man in the service of the nation!

The old man invited them in and led them to the room where the sick man was. The soldiers, seeing that the boy’s body was full of bruises and his leg bandaged up to the waist, realized that he was unfit to go to war; Reluctantly, they wrote a report releasing him from service and continued on their way.

Many neighbors once again approached the farmer’s house. One of them exclaimed:

– We are devastated because our children have had to join the army and are on their way to war. We may never see them again, but instead, your son has been saved. What good luck you have!

Do you know what the farmer replied?…