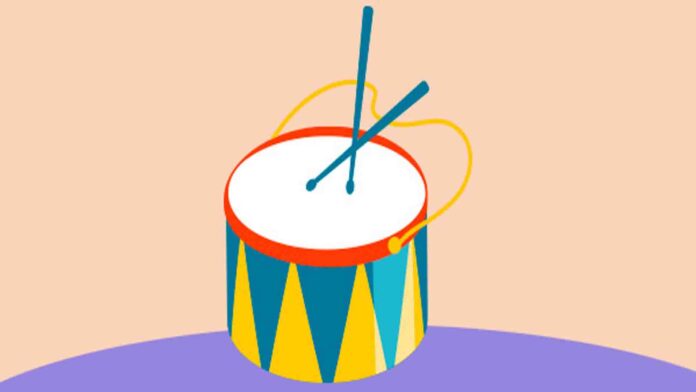 Adaptation of the popular tale of Spain

Once upon a time there was a queen who had a daughter named Elena. The girl, friendly and curious, was in love with nature. His favorite hobby was walking in the fresh air, climbing trees and observing the behavior of insects.


Since he was always running around the field, he got very dirty, so every night, he took a nice hot bath before going to bed. Afterward, her mother untangled her long, golden hair with an ivory comb.

One night, a louse appeared on the comb. The girl, excited, wanted to keep it.

– Oh, what a cute little louse! I will keep it in a wooden box and take care of it myself.

The mother, who indulged all the whims of her beloved daughter, reluctantly agreed. Elena put him in a golden box and carefully nursed and fed him until he was as big as a cat. The girl was excited, but a misfortune occurred: the size was so unusual for an insect, that the poor thing burst one day.

The little princess was very sad because he was her pet and she could no longer imagine life without him. Wrapped in a flood of tears, she lamented:


– It was my fault for giving him so much food… I just wanted him not to miss anything! What am I going to do now?

The mother saw her so upset that, hugging her very tightly, she said:

– We will use its skin to make a drum, and thus, every time you play it, you will remember your dear friend. What do you think?

The little girl’s face lit up. It was a fantastic idea!

That same afternoon, the royal craftsman made a beautiful louse-skin drum that sounded strong and in tune. Elena took it and never separated from it. She spent hours and hours touching it inside and outside the palace!

One day, the king and queen rested in the fireplace room listening to the continual beating of the drum.

– Honey, our daughter is excited about her new toy. Surely no one imagines that it is made with louse skin!

– You are right, beloved wife… You know? I have a very funny idea! I’ll make a bet with all my subjects.


– Well, I will give a great reward to whoever manages to guess what the girl’s drum is made of, but yes: everyone who comes and doesn’t know, must pay me a gold coin.

– Do they have to give you a gold coin if they fail?

– Sure woman! Since it is impossible to hit, we will become immensely rich! Isn’t that a great idea?…

The queen was fine with it. They would accumulate a lot of wealth without effort. What more could you ask for? It was a perfect plan!

The king ordered messengers from the palace to send the summons to the entire kingdom. As expected, it didn’t take long for many young men to show up willing to get the reward, even if it was a difficult challenge.

Some bet that it was made of cowhide, others with horse skin, others with rabbit skin… None of them managed to hit the nail on the head! The greedy king watched as the chest of gold coins filled a little more each day.

– This is great! What an easy way to become a millionaire! I am a true genius!

In those days, a peasant who lived in the region had decided to abandon everything and go travel the wide world. One morning, he took a mat with a change of clothes and some food, and went into the forest following a narrow stone path. After a while, he saw a freckled young man with reddish hair, lying on his side on the ground.

– Hello! Excuse my curiosity but… What are you doing lying down with your ear to the ground?

– I am hearing the sound of grass growing. I have very good hearing!

– How curious… Do you know something? I’m on a trip and I’m going aimlessly to find my life in another place. Would you like to come with me?

Together they returned to the path and came across a tall, very muscular young man who was lifting a tree with his bare hands. The peasant was amazed.

– Incredible! I have never seen anyone so strong!

– Thanks! Trees are like reeds to me. I hardly have to make an effort to uproot them! I live by selling the wood and I myself carry the logs on my back to the village. The bad thing is that you earn very little with this job….

– We are going to travel the world. Who knows where we will end up!… Do you want to join?

And so it was that the three boys, chatting animatedly about what the future held, arrived at an inn very close to the palace, determined to spend the night indoors.

The owner told them that in recent days, many people who had come from far away were staying there. When the boys asked her why, the lady told them the story of the bet and how everyone dreamed of winning it.


They settled in the room and, by mutual agreement, decided to try it and divide the reward in three equal parts. They shook hands to seal the pact between friends and the red-haired boy commented:

– My hearing is more acute at night. I’m going to go to the palace gardens to see what I can find out. Wait for me here, I’ll be right back!

Silently, he left the inn and stood under the window of the royal bedchamber. Since it was wide open, he was able to hear their conversation perfectly.

– Dear… Today we got a lot of gold coins!

– Yes, my love… Nobody is able to guess that the drum is made with louse skin!

The stupefied boy hurried back to the inn. When he rejoined his friends, his whole body was shaking. He told them that he had discovered the secret of the drum and they hugged each other madly with happiness. In the morning, they appeared before the king and he asked them:

– Tell me, boys… What do you think the princess’s drum is made of?

The peasant took the floor on behalf of the three.

– Sir, the drum is made of louse skin.

The king was stupefied, speechless. They had guessed it! Now he had no choice but to deliver the promised reward. He was going through the roof because he couldn’t bear to part with any of his riches. Furious and angry, the very stingy invented a ruse to give them as little as possible.

– It’s fine! The reward is all the money that a person is able to carry on his back, not one coin more, not one coin less. Understood?

The king thought that at most they would take a small sack, but he did not count on the strong friend, who took a step forward and put several sacks on his back, one on top of the other, full of thousands of coins from the royal treasury.

Happy, the three boys left the palace with enough money for the rest of their lives, and left behind was the greedy monarch tearing his hair for losing the bet.