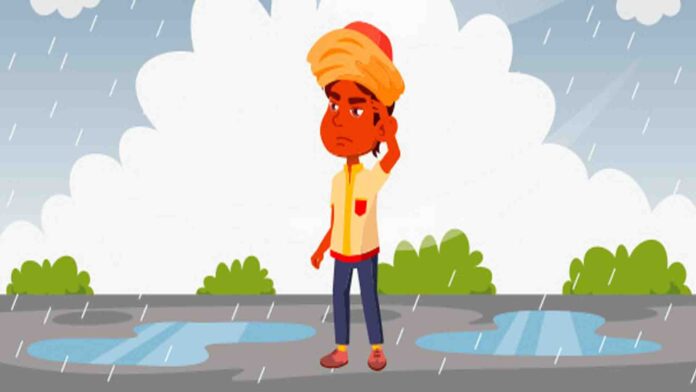 A long, long time ago, there lived in India a boy named Nasreddin. Although in appearance he was a boy like all the others, his intelligence attracted attention. Wherever he went, everyone recognized him and admired his wisdom. For some reason, I always lived very curious stories and situations, like the one we are going to relate.


One day Nasreddin was in the garden of his house when a friend went to look for him to go hunting.

– Hello, Nasreddin! I’m going to the field to see if I catch any hares. I’ve brought two horses because I thought maybe you’d like to join me. Ten other friends are waiting for us at the exit of the town. Are you coming?

– Sure, good idea! In a couple of minutes I’ll be ready.

Nasreddin went into the house, cleaned himself up a bit, and went out again to meet his friend. He set out on horseback and immediately realized that it was an old animal and that the poor man trotted very slowly, but out of politeness, he said nothing and settled for it.

Once the group was assembled, the twelve horsemen rode across the field, but poor Nasreddin stayed behind because his horse walked as slowly as a donkey. Helplessly, he watched as they overtook him and disappeared into the distance.


Suddenly, a storm broke out and it began to rain heavily. All the hunters spurred their animals to run at lightning speed and managed to take shelter in an inn they found along the way. Although it was a three or four minute run, they arrived completely drenched, drenched to the bone. They had to take off their clothes and wring them out as if they had been pulled from the ocean itself.

Nasreddin was also surprised by the rain, but instead of running like the others for shelter, he took off his clothes, folded them, and naked, sat on them to protect them from the water. He, of course, got soaked too, but when the storm ended and his skin dried in the sun’s rays, he put his dry clothes back on and hit the road again. A while later, as he passed the inn, he saw the eleven horses tethered by the door and stopped to rejoin his friends.

They were all sitting around a large table drinking wine and savoring rich steaming broths. When Nasreddin appeared, they couldn’t believe what they were seeing. He arrived totally dry!


The friend who had invited him to the hunt, stood up and very surprised, spoke to him:

– How can you be so dry? You have been caught by the storm just like us. If despite the fact that our horses are fast we have gotten wet… How can it be that you, who have taken much longer, are not?

Nasreddin looked at him and very calmly, he only replied:

– I owe everything to the horse you left me.

The friend was silent and thought that there was a cat locked up there. Eager to discover the trick, he made the decision that the next day, for the ride home, he would give Nasreddin his fast young horse, and he would keep the slow horse.

After dawn, they set out for the village with the exchanged horses. Again, history repeated itself: the sky darkened and raindrops the size of hazelnuts began to fall from coal-black clouds.

Nasreddin’s friend, who was on the slow horse, got even more wet than the day before because it took him twice as long to reach the village. Instead, Nasreddin repeated the operation: he quickly got off his horse, folded his clothes, sat on them, and naked, waited for the rain to stop. He weathered the storm on his head, but when the rain stopped and the sun came out, he quickly dried himself and put on his dry clothes. Then he headed back home.

By chance, the two crossed paths just outside the village. The friend was dripping with water everywhere and when he saw Nasreddin drier than a raisin, he was very angry.


– Look how I’ve gotten! I’m so wet I’ll be lucky if I don’t catch pneumonia! Shame on you for giving me the slow horse!

Nareddín, as always, drew a great lesson from what happened. Without raising his voice, he replied:

– Friend… Twice the storm has caught you, on the way out on a fast horse, on the way back on a slow horse, and both times you have gotten wet. In your same circumstances, I have finished completely dry. Reflect: Don’t you think it’s not the horse’s fault, but rather that you haven’t done anything at all to find a solution?

Moral: When something goes wrong, we can’t always blame others or circumstances. We have to learn that success or failure often depends on us and our attitude towards things.

If one day we are faced with a problem, it is best to think about the best way to solve it and act decisively.