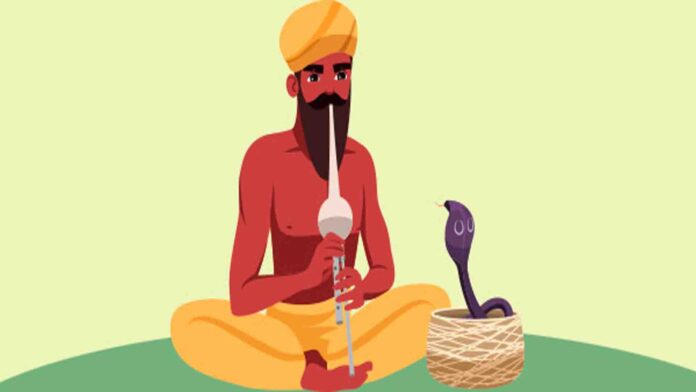 In Asia, especially in India, there is a type of artist known as a snake charmer, who we can define as a magician specialized in a simple but very surprising show.

The snake charmer doesn’t need a big stage to make everyone’s jaws drop. He simply sits cross-legged on the ground of a street or square where many people pass, and in front of him places a small wicker basket.

Usually, within a few minutes, a bunch of curious people surround him in a huddle. Then, very softly, he takes a flute to his mouth and begins to play a sweet melody.


The tactic does not fail! As if by magic, something starts to move inside the basket and… a huge and dangerous cobra rears its head! Logically, the audience wants to run away, but before they can react, they see that the snake, instead of attacking, begins to dance to the rhythm of the music as if completely hypnotized.

Seeing the cobra dance as if it were a dancer is something extraordinary, but you should know that all this has a trick for one simple reason: snakes are deaf!

The reality is that the animal does not dance stimulated by sound, but by movement. The charmer, when playing the flute, moves it from one side to the other, and the reptile follows it with its eyes, giving the sensation that it is dancing.