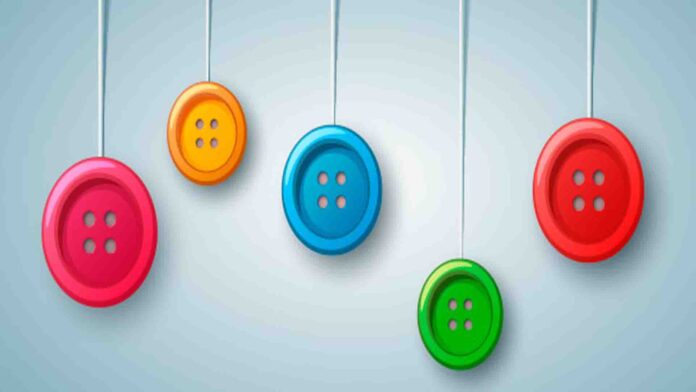 History of the button Reading for Grade 5th and Grade 6th

Buttons are small pieces that are present in much of the clothes we wear every day. Despite being simple objects, they fulfill two very important functions. The main one is that they are used to fasten all kinds of garments (shirts, pants, dresses, jackets, coats, boots…). The other function is ornamental, that is, they are used with the aim of adorning them so that they are more beautiful and elegant.


There are buttons for all tastes, made of various materials: plastic, metal, wood, mother-of-pearl, resin, gems… In terms of design, there are tiny, huge, classic, modern, colored, simple, extravagant, fabric-covered buttons, etc. .

The button is not an invention of the modern age. Thanks to archaeological excavations, buttons made 4,000 years ago have been found in India. They are made with mollusk shells that were carved by hand, in a circular or triangular shape, and then pierced with small holes to sew them onto clothing. Those ancient and primitive buttons look a lot like the current ones, but it is important to know that back then they were only used for decoration. They had not yet realized their usefulness!

The richest and most powerful ancient Greeks and Romans also loved to wear ivory, bone, or precious stone buttons on their clothing. As they were very expensive pieces that were not available to the entire population, they served to show off and show their belonging to a distinguished social class.

The button was used to adorn clothes until, in the 13th century, something happened that changed everything: the buttonhole was invented!


Something as simple as making a small hole in the fabric to pass the button through was an incredible success throughout Europe. The reason is easy to understand. He thinks that, until then, it was impossible for men and women to wear tight clothing because when they were put on, the seams would burst. Thanks to the appearance of the buttonhole, the garments could be fastened and unfastened, and therefore, the problem was solved.

This produced a profound change in clothing; After many centuries, tunics ceased to be used, tight-fitting garments became fashionable, and the button became a very useful and indispensable object to this day.