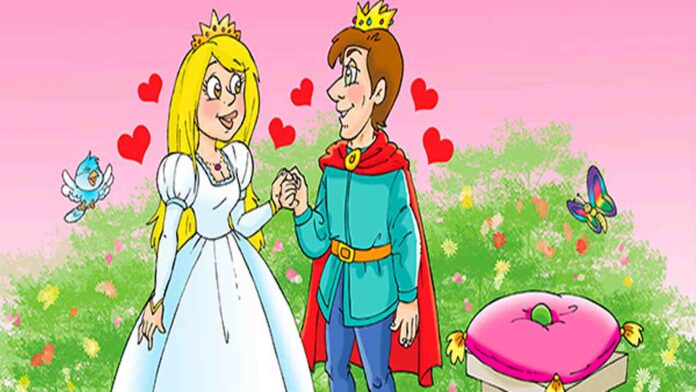 Adaptation of the fairy tale by Hans Christian Andersen

Once upon a time there was a handsome prince who had a dream of marrying a princess. In his kingdom there were many beautiful and intelligent women, but he wanted his future wife to have blue blood, that is, to be a real princess, daughter of kings and heir to her own kingdom. So far he hadn’t had any luck, but he didn’t lose hope of finding her one day.


The prince fulfilled all his daily obligations and was a good son. One of the things he liked to do after dinner was to stay for a while talking with his parents, the kings, by the fireplace in the great hall of the castle. In the warmth of the fire, the three chatted animatedly until the wee hours of the morning.

One stormy night, while they were talking, someone knocked on the door. Everyone was surprised, because the night was not the most suitable for being outdoors.

– Who will be at this hour? – Said the prince, raising his eyebrows and looking at his mother with surprise – We don’t expect visitors on a night of thunder and lightning.

The king moved nimbly towards the entrance. Despite being almost an old man, his physical condition and health were truly enviable.

When he opened the door, his jaw dropped in surprise. Before his eyes was a young woman in the rain. Her elegant dress was completely drenched and streams of water fell from her hair. The poor thing was shivering with cold and could hardly speak.

– Good evening, Your Highness. I was surprised by a strong storm and I was wondering if you would give me shelter in your castle tonight – said the beautiful young woman.

“I am a princess of one of the neighboring kingdoms, sir,” the girl stated.


– Come in, don’t stay there. In our home you will find warmth and food.

Immediately the queen came over and gave him towels to dry off and clean clothes to put on. The prince realized how beautiful she was as soon as he saw her, but… could she be a real princess?

The queen, seeing how the prince looked at her spellbound, said:

– My son, I see that this girl is to your liking. She is certainly very beautiful and seems cultured and educated. We will check if she is a real princess.

– How will we do it, mother? I can’t think of how we can make sure – said the prince with perplexity.

– Very easy, dear son. Tonight, under your bed, we will put a small pea. If he notices her presence, he is telling the truth, since only true princesses have such great sensitivity.

As planned, the young woman stayed to sleep in the castle. The next morning, he met again with the royal family in the main hall.

“Good morning,” they all answered at once.

The queen invited the girl to join them for breakfast.

– How did you sleep? Has the bed been comfortable for you and has everything been to your liking? – he asked.

– Well, to tell you the truth, madam, I slept badly – ​​she complained – I spent the night tossing and turning in bed. I felt something hard that wouldn’t let me sleep and I couldn’t rest all night. Look, ma’am, I even have bruises on my back and arms. I don’t understand what could have happened!

The queen, smiling with satisfaction, told him the truth.


– It happens that under your mattress I put a pea to check if you were really sensitive. Only a true princess with delicate skin is capable of feeling the hardness of a small pea under a mattress. Certainly you are and we would be delighted if you were the wife of our beloved son.

The princess blushed. She had also fallen in love with the handsome heir, so she didn’t hesitate for a moment and said yes. The prince, who had traveled halfway around the world looking for his princess, finally found her in his own home.