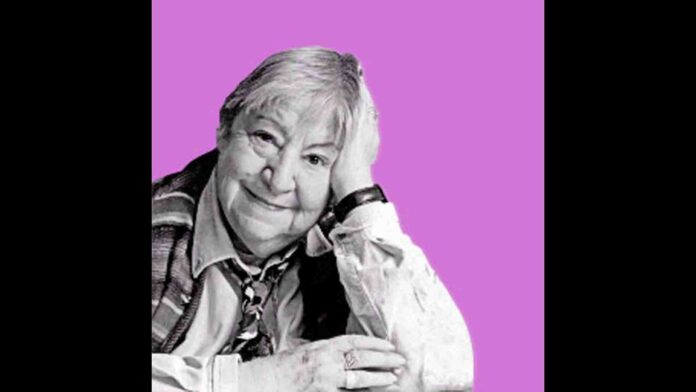 A very original poet who has been included in the Generation of 50 for her poetry of social denunciation. Her work has always stood out for her defense of women’s equality and her fight for peace and the environment . A woman ahead of her time who always

His biography always had a great role in his poetic work to which he added experiences from his childhood and his life . The Civil War affected him personally and this was reflected in his anti-war work . Throughout his life he received numerous awards and recognitions for his poetic work dedicated to children and his social commitment. 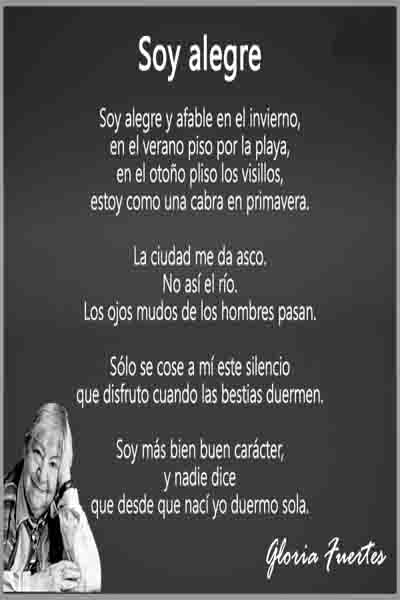 Gloria Fuertes was interested in letters from her childhood and when she was only 14 years old she wrote her first poem Niñez, Juventud, Vajez…   Although from a very young age she began working as an accountant in a factory called Talleres Metalúrgicos, she continued writing poems when she had free time.

A precocious writer because in 1935 she published her first verses and gave her first poetry recitals on Radio Madrid. At the age of 17, he wrote his first book of poems Isla Ignorada . Discover glory strong poems for children.

In 1939 and until 1953, she began working as an editor for the Maravillas Children’s Magazine, where she published weekly stories, comic strips and poetry for children. She will also be a contributor to the women’s magazine Chicas , where she publishes humorous stories. Between 1940 and 1945 various of his children’s theater works and staged poems were premiered in some Madrid theaters .

Thanks to his meeting in 1942 with Carlos Edmundo de Ory, he joined the poetic movement of ‘postismo’ and collaborated in magazines such as La Cerbatana. In 1947 he won the first prize for Lyrics for songs from the National Radio of Spain and in 1949 he published his book Songs for children .

In 1950 he published his book Pirulí (Versos para párvulos) and organized the first itinerant Children’s Library in towns where they lacked a library . With this initiative he took books and literature to many places in Spain.


In 1951 she founded the female group Versos con faldas and toured the cafes and bars of Madrid for two years with Adelaida Lasantas, offering readings and recitals . With Antonio Gala, Rafael Mir and Julio Mariscal, she founded the poetic magazine Arquero in 1950, of which she was director until 1954.

The maturity of the poetry of Gloria Fuertes

In 1952, he premiered his first verse play Prometeo  at the Theater of the Institute of Hispanic Culture , which received the Valle-Inclán Prize . He then published Poetic Anthology and Poems from the Suburb (1954), I advise drinking string (1954) and in 1959 with his unpublished collection of poems En pie de paz  he obtained the Acento prize. Also discover glory strong poems for adults.

In 1966 he won the Lazarillo con Cangura award for everything and in 1968 he published Poeta de Guardia. In 1972 he won a March Scholarship for Children’s Literature, which allowed him to devote himself entirely to literature . Also published in 1973 are the collections of poems Alone in the room and When you love you learn geography.

From 1970 she was well known by children and adults thanks to her collaborations in children’s and youth programs on Spanish television such as La cometa blanca or Un globo, dos globos, tres globos . Five times she received the Silver Ring and a Golden Ring from Spanish Television for the best writer (1976).


During the 1970s, Gloria Fuertes collaborated on the unforgettable humor magazine La Codorniz, founded by Miguel Mihura, and on the Discóbolo magazine. During the eighties he was always spreading his poetry among children in libraries, schools or at conferences . In 1982 his work Las tres Reinas Magas premiered at the Teatro Lavapiés in Madrid .

The writer Gloria Fuertes passed away on November 27, 1998 and will always be remembered as the best children’s literature poet to date . The strong glory poems are read in the world by children of all generations. Discover glory strong children’s poems and enjoy his work for the little ones.